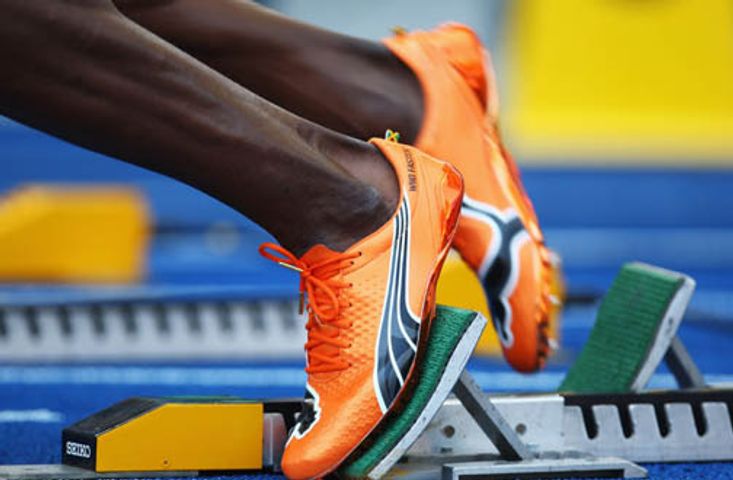 WARRENSBURG - At the Pittsburgh Gorilla State Classic held last weekend, the bar was set, and by all means, Leander Toney went above and behind. Toney cleared 2.16 meters, jumping over 6 inches higher than any other MIAA high jumper, for the win. Jumping 2.16 meters or roughly 7.09 feet is good enough for an automatic berth into NCAA Track & Field Championships.

Toney is just one of three athletes to be an automatic qualifier. He is also one of seven athletes in the nation to jump over 7 feet. Which is good enough to rank him at second in the nation.

Toney came from Lancaster, Pennsylvania to the University of Central Missouri to complete his final year of eligibility, "I found out I had one year left and I decided to come to UCM because its got a great program" said Toney. He is receiving his Masters Degree in Sports Administration at UCM.

"I have coached here nearly 25 years and I would say Toney is up there as one of the top three high jumpers we have had" said Co-Head Track and Field Coach Kirk Pedersen. When Coach Pedersen was asked to describe Toney in one word, he replied "cool-breeze, because he brings a calm, confident attitude to meets".

The outdoor track season is Toney's last chance at achieving his goal of qualifying to the olympics and his last chance at a National Championship. However, Toney is not just competing for himself. "I have a little two year old girl, Leilani. I am out here trying my best for her" he said.

The Conference Championships are mid May and the NCAA championships will be held the end of May. Until then Toney will keep trying to reach new heights for himself and his daughter.