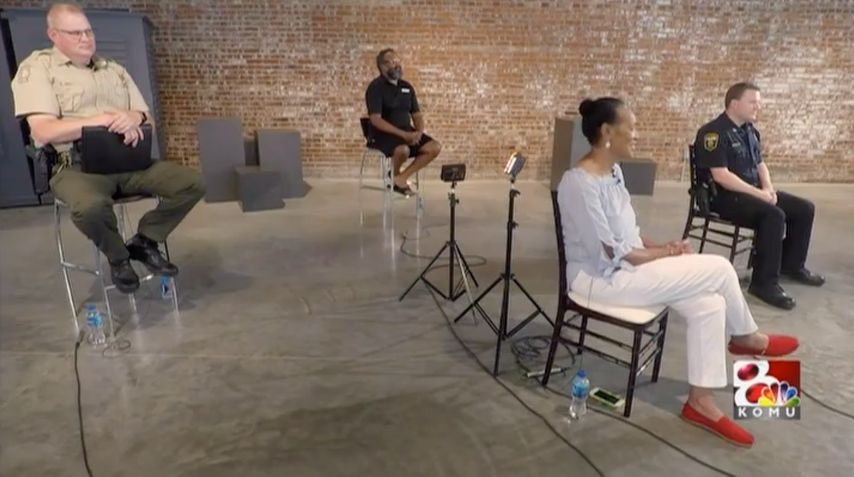 COLUMBIA - This week KOMU 8 will air a longform discussion among local law enforcement leaders, a community activist and a Columbia Public Schools diversity leader.
The conversation was wide-ranging and will air as a 30-minute special. The uninterrupted special aired Friday at 6:30 p.m. and will air again Saturday at 8:30 a.m. on KOMU 8.
Topics include police use of force tactics, perceptions between the police and the African-American community and how parents talk to their children about race.
“My number one concern is to get my sons home safe and get them home alive,” Annelle Whitt said. Whitt leads the Multicultural Achievement Program at Columbia Public Schools. She’s a mother of three children.
“There’s a difference between you as a white father talking to your white son versus me as a black mother talking to a black son,” Whitt told Columbia Police Chief Geoff Jones during the conversation.
Chief Jones acknowledged as much.
“I understand that we talked to our children about that for different reasons,” he said.
Missouri’s NAACP president Nimrod Chapel, Jr. and Cole County Sheriff John Wheeler were also a part of the panel.
The panel talked openly about their personal and professional reactions to the killing of George Floyd while in the custody of Minneapolis police as well as the protests that have been taking place across the country and in Central Missouri.

All four participants acknowledged numerous positive projects here locally and the efforts to build better communication between law enforcement and the communities they serve.

KOMU 8's Emily Spain moderated the discussion. The Atrium on Tenth provided the space for the conversation.