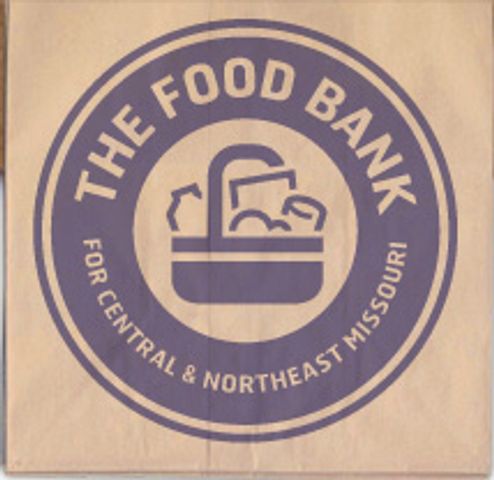 COLUMBIA - Individual communities are coming to the rescue of a program that provides a bag of nutrious food for needy children to take home from school on Fridays. That help comes as the Food Bank for Central & Northeast Missouri is still scrambling to find money to keep the buddy pack program going this year.

The food bank executive director Peggy Kirkpatrick said a "perfect storm" of events caused the increase in the cost of a buddy pack last year. The food bank lost a major donor, food and fuel prices increased and the cost of peanut butter doubled because of a failed peanut crop. Now it costs $180 for one student to get a buddy pack for the school year, that's up 80 percent from last year. Because of that increase in price The Food Bank for Central & Northeast Missouri is serving only 6,700 students this year, 2,000 children less than last year.

"Out of every program we operate, the buddy program is the most expensive," said Kirkpatrick. "It's the least efficient based on having to buy almost all of the food now. But it's the most important and we know that."

In May the food bank sent letters out to all counties involved in the buddy pack program. The letter explained how many students the food bank could serve if nothing changed over the summer. School officials in counties like Callaway found out the food bank could provide food for 80 kids in their program that included more than 280 children.

"We decided we needed to do something to keep this program going," said Fulton volunteer Alma Schmidt.

In six weeks, Schmidt and other volunteers from Fulton raised $50,000, enough to provide all 280 children with buddy packs for the 2012-2013 school year. Because of the fundraising, Callaway County had enough funds to add New Bloomfield School District to the program and off a waiting list.

Other school districts have withdrawn from The Food Bank for Central & Northeast Missouri's buddy pack program, either eliminating the service or creating their own. This year Hannibal, Fayette, Knox County, Shelby County and Scotland County are opting out of the program. Some schools like Eldon have created their own programs. Eldon's program is called the Mustang Pack Program and will work like the buddy pack program but will not receive any funding from The Food Bank for Central & Northeast Missouri.

"What started out as a crisis is turning out to... what I believe... is a blessing," said Kirkpatrick. "Because more people are aware of children in need in their communities, more people are stepping up and helping in a wide variety of ways. I believe it's just going to make the whole issue of childhood hunger one that we as a society may have a better shot at tackling and defeating."

The Food Bank for Central & Northeast Missouri is still looking for more donations. You can find information on how to donate to your county's program at the food bank's website.