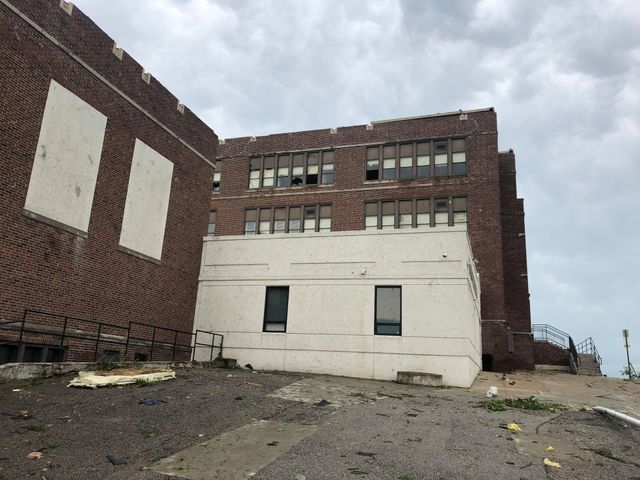 JEFFERSON CITY - Students who visited the Simonsen Ninth Grade Center in Jefferson City Thursday said it is heartbreaking to see what Wednesday night's tornado did to their school.

“You never think something like this will happen in your town, and it is heartbreaking seeing where you went to school for a year and everything like that just destroyed by like five minutes,” said Aaliyah Carbin, an upcoming sophomore.

Frank Underwood, the facility director for Jefferson City Public Schools, was taking pictures of the damaged area of the building.

He said Wednesday was the last day of school. By the time the tornado hit Simonsen, everyone was gone.

“Students were out by 12 o'clock yesterday,” Underwood said. “It was a three hours early release.”

Underwood said, after this school year, Simonsen will be decommissioned. All high school freshmen in Jefferson City will attend another school.

Kiyana Jackson, who graduated from Simonsen one year ago, said, “This is really sad because I went to that school, and I sat in those chairs."

One parent said big tornado like this hit are rare in Jefferson City.

"For a lot of years we've see tornados in towns around Missouri, Oklahoma, Kansas. But we haven't been hit here with this," he said. "It was a reality last night as it continue to beat us down though the evening."