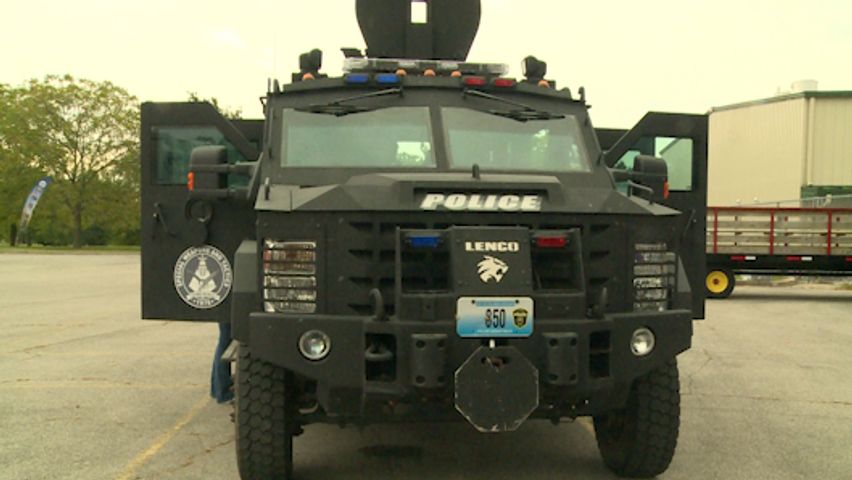 One of the many trucks at the Touch-a-Truck event, kids were able to climb up into any of the various trucks available, without the bright lights and loud noises of the Tons-of-Trucks event.

COLUMBIA - A spin on the popular Tons-of-Trucks event was held at Cosmo Park on Wednesday. Touch-a-Truck was designed for sensitive children, people with Autism Spectrum Disorder and anyone else who enjoys trucks but doesn’t enjoy the loud noises and lights at the Tons-of-Trucks event.

The event’s coordinator Cassie Brandt said the decision to hold this event came after a lot of community interest.

“We’d get a few comments after Tons-of-Trucks saying it was too much or overwhelming,” Brandt said. “We wanted to keep sensitive kids or kids with any number of different neurological situations in mind.”

Brandt said she was very excited to be coordinating this event.

“I know how difficult it can be to have a child that’s easily excited,” Brandt said. “I think for parents that are facing that challenge every day, having something that’s tailored for their kids is a great relief and joy.”

This was the first time the event the event was held, but Brandt said she doesn't think it'll be the last.

"I think because this is such a niche event we will be able to start doing it annually," Brandt said.