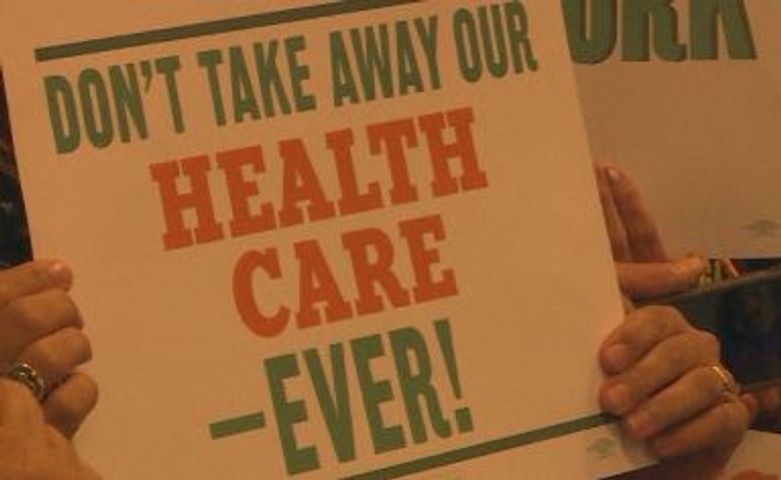 COLUMBIA - Local healthcare providers and state representatives met at a town hall Wednesday to discuss fallout from Gov. Eric Greitens' June veto of a healthcare bill for seniors and people with disabilities.

House Committee Bill 3 would have created the Missouri Senior Services Protection Fund. The bill would pull unused money from other budgets into the newly created fund to help offset proposed cuts to in-home and nursing home services for seniors and people with disabilities.

According to a press release from Missouri Jobs with Justice, Greitens' veto of the bill cuts healthcare services for more than 8,000 people.

Rep. Kip Kendrick, D-Columbia, said the cuts will be felt by citizens who desperately need the care.

"These cuts are going to affect individuals with disabilities, seniors, some of our most vulnerable citizens in the state of Missouri, there's no doubt about that, that these cuts will have very real impact," Kendrick said.

In a June press release , Greitens said HCB3 was a "last-minute gimmick."
"I won't sign an unconstitutional, one-time, fake fix to a real problem,” Greitens said.
Carol Hudspeth, executive director of Missouri Alliance for Home Care, said, without HCB3, care will cost Missouri more money and patients will suffer.
"These people are gonna migrate to the hospitals, which is gonna end up costing the state even more money, and actually then putting their health in more jeopardy," Hudspeth said.
Lawmakers will have the opportunity to override Greitens' decision when the veto session begins Sept. 13.