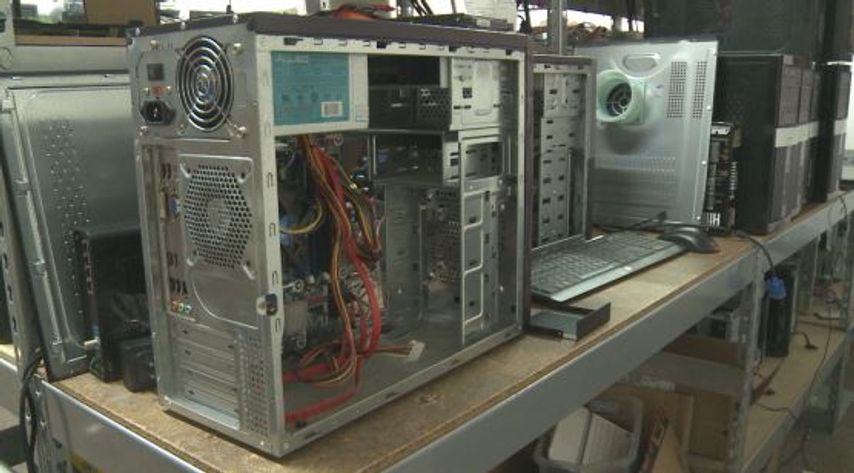 "The chemicals that are present in electronic waste are really toxic to the people living in and around landfills," said Rachel Peterson, a Sustain Mizzou project leader.

Computers contain lead, mercury and arsenic, all of which can be absorbed into the ground and pollute the local environment.

Columbia's sanitary landfill and the T-Mac Solid Waste landfill are both located in the north east corner of Columbia.

Alfed Paternaude, a supervisor at T-Mac , said he sees electronics dumped into the landfill every day.

He said, while the company encourages recycling of electronic products, a majority of the e-waste comes from the dumpsters which T-Mac services.

A study done by the city on the contents of its landfills last September found electronics made up 1.9 percent. Plastic and metals made up 16.2 and 6.1 percent, respectively.

There are a number of ways to safely recycle e-waste in Columbia. The electronics gathered at the Sustain Mizzou waste drive will end up at Mid-Mo Recycling. There, the technology will be processed and sold to a melting facility to be used for new products.

Another option is the Columbia Computer Center, where recycling e-waste is free.

"We pretty much have to break down everything, separate them by category," said Zach Hare, the general manager at Columbia Computer Center.

Paternaude said it seems like people are "going away from recycling" for the quicker, easier dumpster trip. Hare agrees.

"The problem is a lot of people put it on the curb," Hare said.