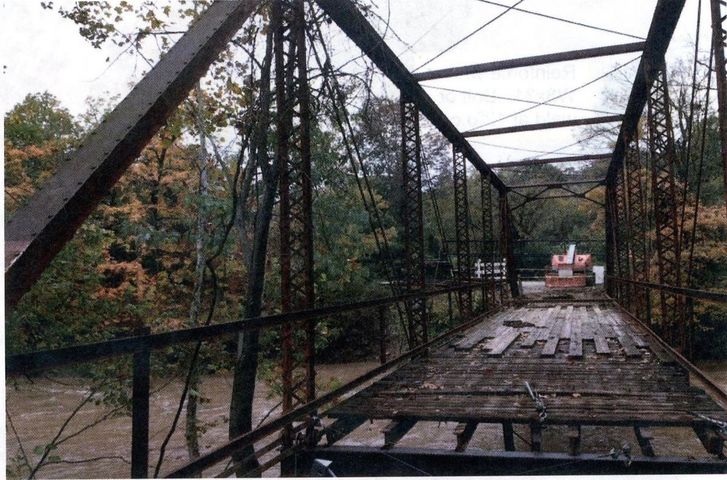 COLUMBIA - Pounding Columbia's trails is something runner Kelly Malcolm has loved doing since she moved here three years ago.

She doesn't run all year long, but with some of the mild days this winter she's been out more often. Her favorite place is the Hinkson Creek Trail.

The construction on the Capen Park Bridge within that trail started in October of last year. Parks and Recreation expected to complete the project within eight weeks, but now almost 16 weeks later, construction materials sit idle near the bridge.

A detour was placed to guide trail users around the bridge, but that forces them to venture down the side of Rock Quarry road. Malcolm said she doesn't currently use the trail because she doesn't think that's safe.

"When I walk my dog or when I try to run, I'm not going to go over Rock Quarry. The cones are always knocked over. Its just a really small area around that curve and people drive really fast so I just don't feel comfortable," Malcolm said.

Malcolm said a lot of users are afraid to use the detour and now, on beautiful days, the other trails are getting congested. She said she drives down Rock Quarry road every day and hasn't seen anyone working on the bridge in months.

Parks and Recreation had said the project would be done by now too, but when the contractor started working on the renovations he ran into some problems.

"Once he started working on it he said, ‘Wait a minute here, I can't fix this bridge,'" Parks and Recreation Director Mike Griggs said.

Griggs said, after workers tore up some of the boards, the contractor saw the bridge was in dangerous condition. He thought it was unsafe for his men to work on, and it was declared "unsalvageable".

"Our goal was to lift up the bridge, redo the struts, redo the boardwalk, and do some new railings, and then set the bridge back down," Griggs said. "Unfortunately after we started working on it, started tearing off some of the boards, we found out the structure itself was unsalvageable. It could not be used. (More images below)

Parks and Recreation brought in some other engineers to look at it. Griggs said, "Sure enough they found out that the best option was not to renovate the bridge but to actually replace the bridge. "

The Land and Water Conservation Fund gave Parks and Recreation a federal grant for renovations, but, with the decision to replace the bridge, it had to start the grant process all over again which takes four to six weeks.

Funding, unexpected findings, and weather issues are all things Parks and Recreation has dealt with before. Twelve years ago, during the building of the ARC, the project completion date was pushed back almost a year after rain made it almost impossible to start construction.

Most Parks and Recreation projects are based on "weather permitting." Columbia's Public Works Department said its projects are no stranger to delays.

"Even though the engineers do a really good job of going out prior to construction and mapping things out, sometimes there's pipes that have been there for years, and weren't quite mapped properly," Sapp said. "Sometimes we run into utility issues where we need to stop the project to some extent and have those utilities relocated or replaced."

In other situations, getting the materials on time is out of the department's control.

"The recent port strike in coastal cities and things like that can put a delay on receiving materials that you thought was right on schedule," Sapp said.

He said the best thing the department can do in these situations is to stay transparent and update the public on the project's progress.

"Delays cause problems for people, and if we have a roadway that's partially closed or fully closed it's a hardship for people," Sapp said. "We try to minimize those, not always successful."

As for the Capen Park Bridge project, Griggs said Parks and Recreation has received approval for the grant. He said a new bridge is on its way and should be opened by the end of March or early April.