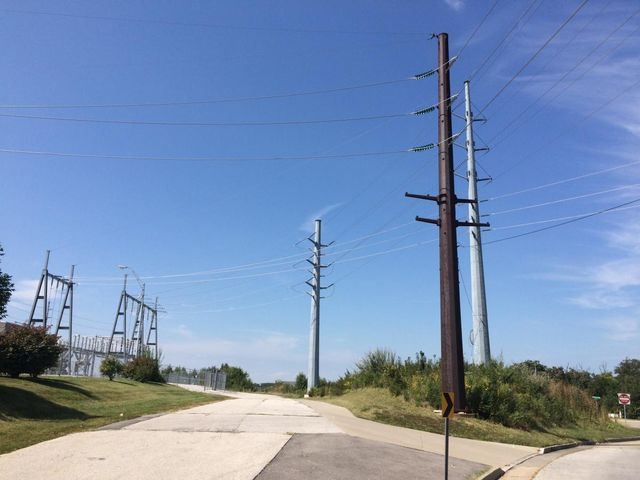 "I just found out about this in August, and I feel the city and CPS has passed the ball here," the email read. "I don't know about you, but I did not vote for this."

Since 2010 Columbia has been searching for places to put various power and transmission lines in order to meet federal regulations. The route along Nifong was approved by the city council, and would result in a 161 kilovolt transmission line across the street from Mill Creek's playground. Some of the parents of Mill Creek students said the health risks of having a transmission line that close to children are too great.

"There is no conclusive evidence that they can draw between any health risks and transmission lines," Kacprowicz said.

However, the parents aren't concerned with all of the different kinds of evidence.

"They say there's nothing conclusive, but there may be a link between childhood leukemia and brain cancer. Those are things that parents don't want to hear," Munns said, "I don't care if there's 1 percent chance that something may happen. If it happens to that one person, then that is their life."

"From your cell phone, the iPad that you might have next you, your computer screen, microwave. Almost everything electrical is producing electro and magnetic fields," Kacprowicz said.

"Whether it's the kids playing at recess or it's the teachers that are supervising those kids for 3 hours a day they're on the playground. So I think that's a lot longer than anyone would stand next to their microwave," Munns said.

Throughout the process of placing these lines parents have suggested putting them below ground. Kacprowicz said that this is actually more dangerous. It puts the lines closer to children than they would be up on a high pole.

Mill Creek parents are planning to attend Columbia Water and Light's forum specifically about the power plans on September 30 from 6-8 p.m. at Rock Bridge High School. Kacprowicz said after that meeting it will take comments and concerns from the community for 15 days before solidifying a decision.