Trash at Providence Inn triggers complaints from nearby workers 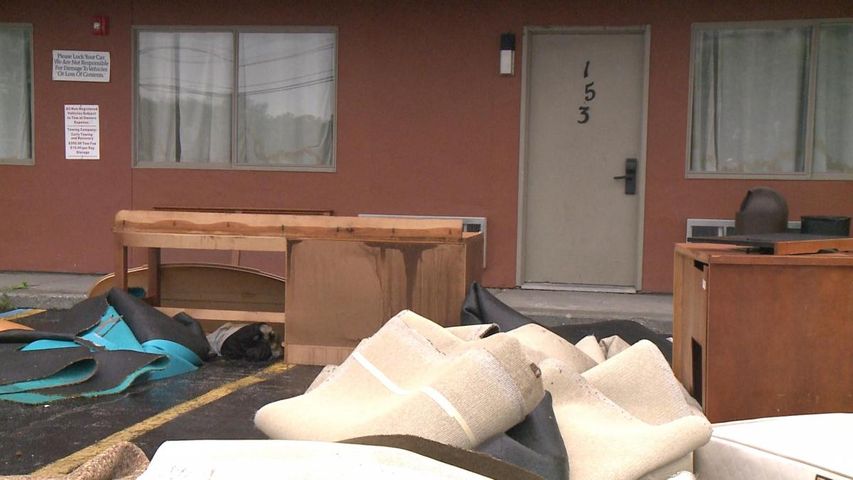 COLUMBIA - Mattresses sprawled on the curb, soaked with rain, and broken desks sit near a pile of old carpet: the scene Wednesday in the parking lot at Providence Inn and Suites.

Workers at local businesses have complained the lot is an eyesore, and the smell is bad.

"I'd compare it to a garbage dump, probably," said Charles Reese, who works next door at Machens Pre-owned Vehicles.

The motel is under new ownership. According to Columbia building regulations supervisor Phil Teeples, the new owners plan to renovate the hotel and restore it to comply with city codes.

In the past, the motel failed health inspections. The previous owner also operated the motel without a license. In April, a 16-year-old girl died at the motel from a suspected heroin overdose.

Teeples said, to his knowledge, the city was not aware of the junk buildup at Providence Inn and Suites. He said an inspector would be sent out soon to assess the situation.

Residents Living at Providence Inn Must Move Out