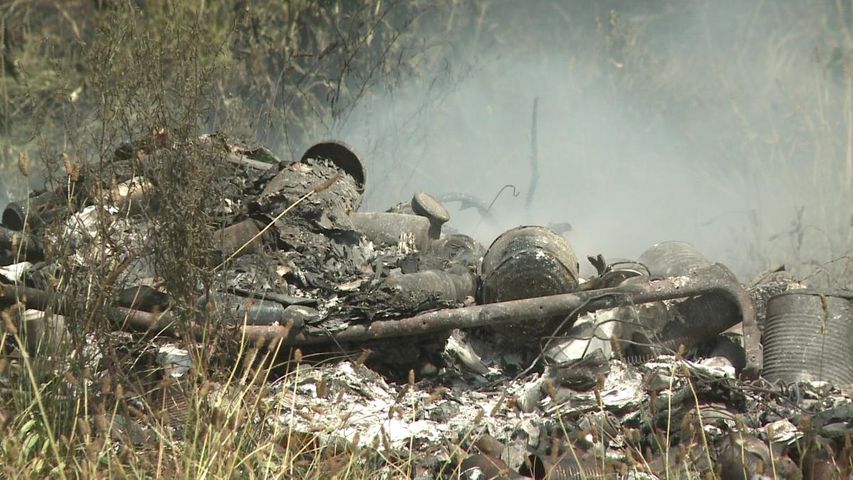 Boone County Fire Officials told KOMU 8 News the fire sparked from a pile of trash the homeowner was burning.  Officials said the woman stepped inside for a few minutes and discovered the fire had spread northward into the field and wooded area behind her house.

It took firefighters about a forty minutes to contain the fire.

Officials said there is currently no active burn ban set in Boone County, but they urge residents to refrain from burning anything.  They said they have been telling residents this ever since the hot temperatures began about two weeks ago.

The Boone Country Fire Department also told KOMU 8 News the number of fires they have seen this summer is "not normal for the area."  They compared it to fires commonly found in the western part of the country.