Tre Chambers on the Fast Track 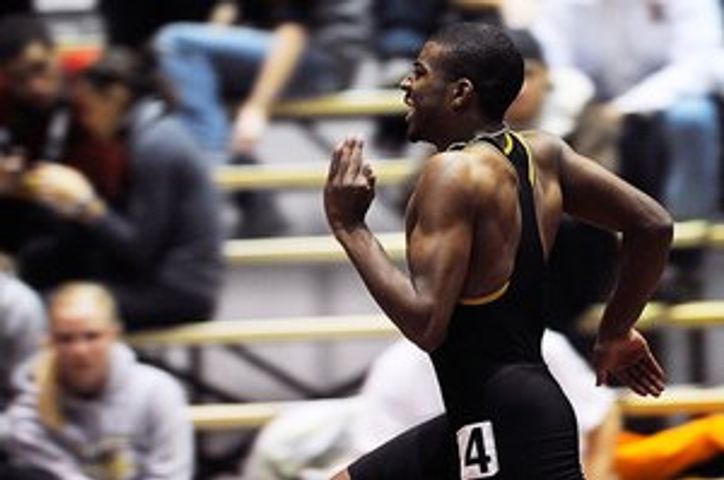 "My gym teacher invited me to this city track meet with a whole bunch of other fifth graders. And after that I was like, oh wow, I really like track," Chambers said.

As a freshman sprinter at Mizzou, he's been shining in collegiate competition from the get-go.

"I ended up starting off the season with a PR in the 60," Chambers said.

He was the only true freshman to compete in the finals of the 60 and 200-meter sprints at the Big 12 Indoor Championships.

Coming from a military family that moved around a lot, he wasn't on the radar of many colleges.Recruited by only Colorado and Mizzou, it was a special relationship with coach Peterson that gave the Tigers the edge.

"We found out that I went to high school with his uncle, we were actually really good friends in high school and his family lives literally five minutes away from my family. Having one foot in the door and getting the okay from the family, for me that helped out a lot," Peterson said.

And as a Tiger, Chambers has shined at major competitions, but he thinks some of that succes comes before the race.

"I'm kind of supersititious. I pretty much do the same thing before every track meet and it's worked so far. Before I race, I take off my socks, put on my spikes. I'm kind of weird, I don't like to drink or eat within the hour of my race," Chambers said.

He's not the only one worried about superstitions.

"If he goes and races like I know he's going to race, he'll probably be in the finals. But I don't want to say that for sure and jinx him," Peterson said.

Chambers has the chance to prove himself at the Big 12 Outdoor Championships in two weeks.