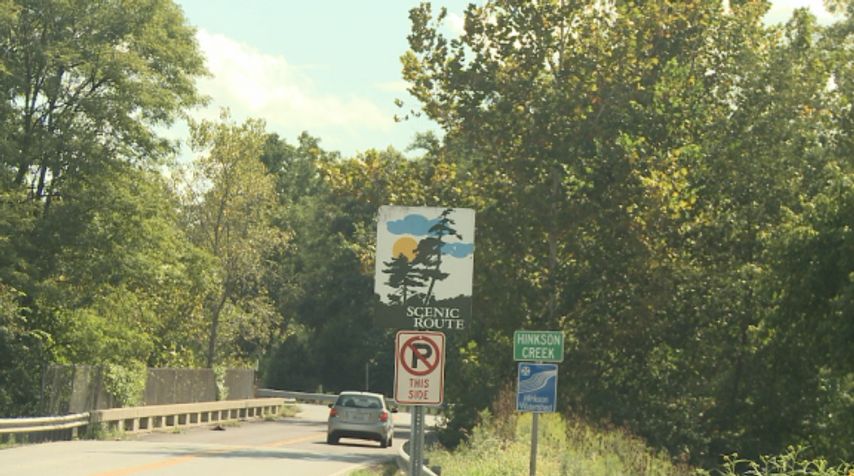 COLUMBIA - The city of Columbia has cleared a portion of trees on Rock Quarry Road, and one group says it threatens the road's scenic preservation.  Within the past month, former Columbia councilwoman Barbara Hoppe, noticed the removal of plants and trees on the northeast corner of Stadium Boulevard and Rock Quarry Road.

"We were really shocked and disappointed to see there was a whole section of Rock Quarry Road that in the last month had been pretty much clear cut," she said.

Rock Quarry Road is designated as a scenic route in Columbia, and in 2009 signs were placed along the road to enforce the title.

Hoppe said she requests the city do two things: replant the native trees and plants that were removed and establish formal policies and procedures to protect Rock Quarry Road from future destruction.

"Our [the advisory group's] task is to make recommendations to Planning and Zoning Commission and city council on how to  preserve and enhance scenic Rock Quarry Road as well as to make it safe for travel. So, we have been working on that, and our plans are being finalized," Hoppe said.

Tony Davis, a member of the Rock Quarry advisory group, said he wants the road to remain a safe corridor between Stadium Boulevard and Rock Bridge Memorial State Park.

“It [Rock Quarry Road] provides an attractive passageway, and we would like to see it maintain its beauty and integrity in the future,” Davis said.

Hoppe said she hopes at the end of the meeting the city manager will put in her requests and city staff will know what the procedures are so "things won't fall through the cracks".