Trial begins in concealed firearms case against UM Board of Curators 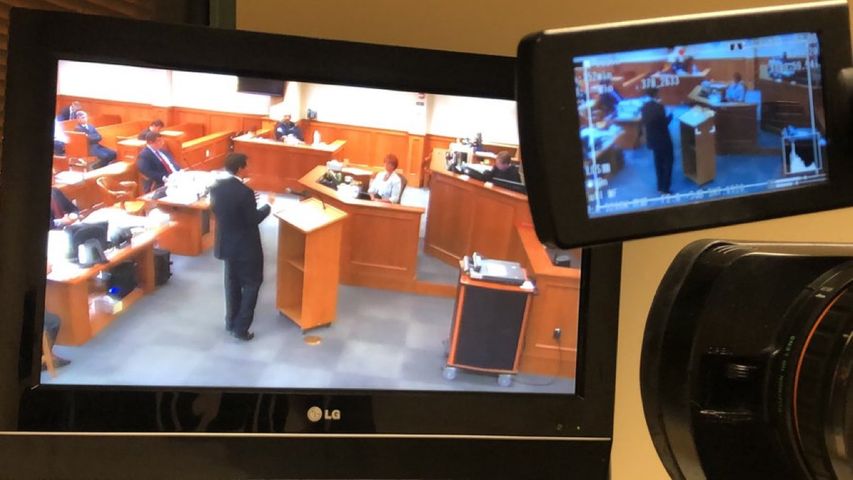 COLUMBIA - A case about the University of Missouri system's restriction on employees having concealed firearms on campus started its first day of trial Wednesday.

Judge Jeff Harris initially heard the case in 2018 and decided that UM's regulations did not violate state statute. On Wednesday, however, he will hear arguments about whether the regulations violate the state constitution.

In 2014, Missouri voters passed an amendment to the state constitution, allowing for a individual's right to bear arms.

MU law professor Royce de R. Barondes sued the UM Board of Curators in 2015, claiming the university's regulations violated the state constitutional amendment, in addition to a state statute and the 2nd and 14th Amendments to the federal Constitution.

The Missouri Attorney General's Office intervened in the case on behalf of Barondes in 2016 and is now litigating the case against UM.

Currently, UM does not allow anyone to have a gun on campus, except for campus police or pre-approved programs.

John Sauer, the state's Solicitor General, argued in the state's opening statement that UM's regulations were too restrictive to comply with the state's "strict scrutiny" standard.

"There is no empirical justification that can possibly support a complete ban based on this particular interest," he said.

The state argued under the "strict scrutiny" standard modeled in the state constitutional amendment, the court must be extremely careful when deciding whether to restrict a person's right to bear arms.

"It is a complete ban as applied to any private citizen, and I believe that that unquestionably is what the Supreme Court called a 'severe restriction' in the Howard decision," he said.

Attorneys for UM argued the strict scrutiny standard still allows for some restrictions.

"Dotson said, 'The addition to strict scrutiny to the Constitution does not mean that [rules] regulating the right to bear arms are presumptively invalid...,'" Rutherford argued.

Rutherford said the court should give some deference to UM because college campuses can be a "sensitive place" when it comes to firearm regulation.

The trial is scheduled to last two days, Wednesday and Thursday. Harris has not stated when a decision will be made.

Christian Basi, a spokesman for MU, said he would not comment until the trial concludes on Thursday.