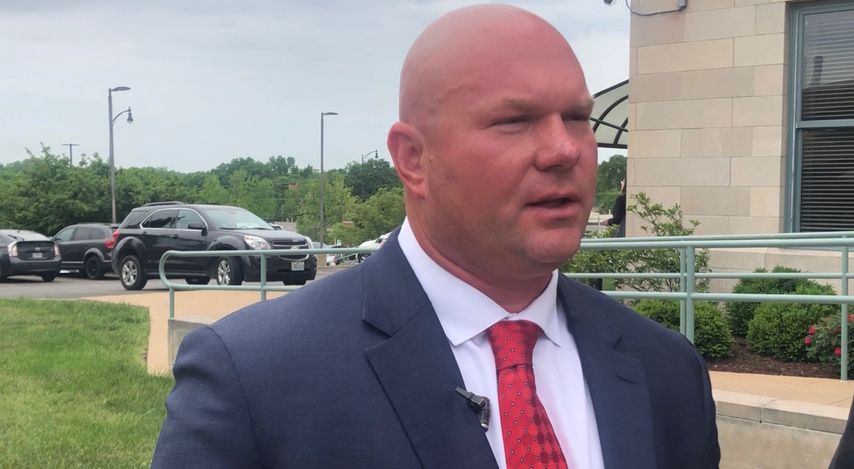 COLUMBIA- Former officer Rob Sanders' case against the city came to a close Friday. For the last seven years, Sanders has been trying to get his job back. He was fired in 2011 after shoving an inmate, causing injury.

Testimony ended Friday and all evidence was closed, but a decision is still weeks away.

He agreed with Police Chief Ken Burton in Sanders' treatment of inmate Kenneth Baker to be "abusive and improper" and his "use of force was unreasonable."

The failure to provide medical attention is where Matthes and Burton disagree. Matthes said he did not fire Sanders for failure to provide medical attention and that it was not Sanders' fault there were no wipes to relieve Baker's eye pain from the pepper spray. But, he does believe Sanders could have helped Baker sit up, talk to him and provide water.

Matthes, who has more than 20 years of experience, said he was shocked at the number of transgressions Sanders had in his HR file.

"Policing is such an important job and they have so much power, so when they abuse that, it's taken away."

Previously in the trial, Sanders' attorney claimed that his client was not given a final warning. However, the city's new evidence on Friday was a compilation of Sanders' discipline files...all giving a concluding statement warning him, "continued violations may result in more serious sanctions."

Matthes said after seeing Sanders' use of excessive force and his previous disciplinary issues, he, "weighed all of that together and certainly came to a firm decision."

When asked if Sanders' return to the force would be appropriate, Matthes responded, "not appropriate in any way. He demonstrated he cannot be trusted and will not listen and has repeatedly used poor judgment."

Matthes did not comment after the trial, but Sanders did.

He said he would not do anything different when referring to the shove shown in the video, because he said there's not much you can change in that type of situation.

Sanders said remorse for Baker was not his first reaction.

"I would say remorse was maybe secondary to surprise. I had no idea he would do that. I would have figured he would have went over on his rear end or whatever, and we would've simply just put him on the ring...I'd say surprise was my initial reaction," Sanders said.

Sanders said he still hopes to get his job back. He said he misses it everyday and feels like he's in better shape then he was before.

"If you approach law enforcement with any apprehension, that's how you get hurt or killed so I couldn't do that and go back into the job, I'd have to go back right to the same type of officer I was, aggressive and doing my job to the best of my ability every day," Sanders said.

The trial came to a close just after noon. The judge saw no need for closing arguments and the parties agreed to the plaintiff providing a brief in 30 days, continued by the city's response in an additional 30 days and finally by a response from the plaintiff within 15 days after that.

There is no timeline on how long the judge will take to make his decision.