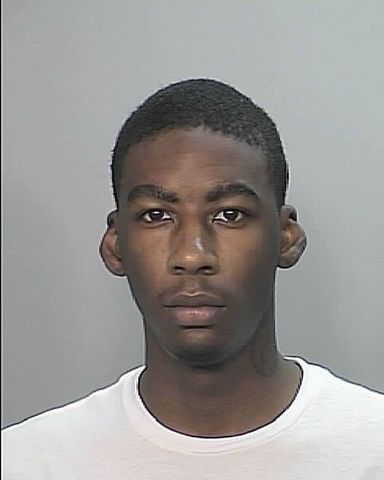 COLUMBIA - The murder trial against 20-year-old Nicholas Thomas began Wednesday. Thomas is one of three people charged in connection with the murder of 17-year-old Tre'veon Marshall. He is being charged with armed criminal action and first-degree murder.

Jury selection was underway for the trial Wednesday morning. Judge Kevin Crane, who is overseeing the case, said the trial will likely continue into Friday night or Saturday.

Assistant prosecutor Tracy Gonzalez said the state would not pursue the death penalty. She said the jurors should consider the full range of sentencing for armed criminal action, which is three years to life. Later Wednesday, the defense will question jurors.

Officers also arrested Joshua Murray and Kimberly Huett-Linzie in August 2013 in connection with the murder. Murray is also being with armed criminal action and first-degree murder. Huett-Linzie is being charged with hindering prosecution.

Huett-Linzie is scheduled to appear in court June 25. Murray's trial is set to begin August 18.

Columbia police responded to the 2000 block of McKee Street near McKee Park on July 14, 2013. They found Marshall with a gunshot wound. Marshall was transported by ambulance to a local hospital where he was pronounced dead.

Stay with KOMU.com for updates from the courtroom until a verdict is read.

[Editor's note: This story has been updated to include the latest details from the courtroom.]