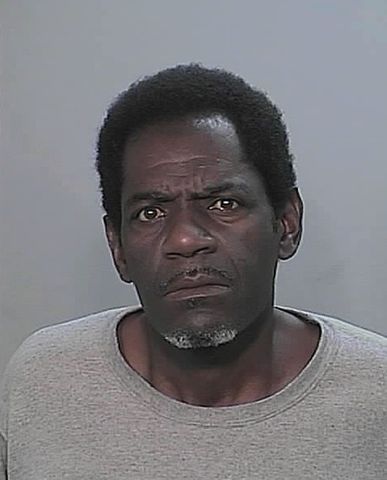 COLUMBIA - Prosecutors started calling witnesses to the stand Tuesday in the trial of the Columbia man accused in the Oct. 6, 2014 stabbing death of Walter Lige on Pecan Street near Hickman High School.

Prosecutors charged Anthony Lamarr Shegog with murder and armed criminal action. He pleaded not guilty to both charges.

The defense said Tuesday Shegog is innocent and woke up to find Lige's body. His attorneys said Shegog doesn't know how Lige died or why he was in his home.

Prosecutors have been building a case that jealousy over Shegog's female roommate sparked the altercation, that led to Lige's death.

The prosecution's investigator, Ben White played an audio tape in court of a jail phone call from Shegog to his neighbor.

In the recording of that call, Shegog said "I always knew that she was entertaining that dude."

Shegog also mentioned in the call that Lige received karma for the disrespect he felt in his own home.

Lige's wife testified and was tearful while on the stand. She talked about what it felt like to find out her husband had died.

"I was shocked because, to hear something like that, it wasn't something that I was expecting," she said.

However, testimony from forensics investigator, Dori Burke contradicted that statement.

Burke said in her testimony Lige said she was "not surprised" and was "relieved" at her husband's passing.

Lige and his wife did not live in the same home. He lived in Springfield.

On the stand, Lige's wife said she told detective she didn't know why her husband was in the Columbia area at the time.

A medical examiner said marijuana was found in Lige's pocket.

"He was intoxicated by our legal definition," the examiner said.

The medical examiner also said Lige had liver disease, which is a sign of long-standing alcoholism.

An assistant Columbia police chief said it didn't look like there had been a fight. Lige clothes weren't disheveled, except for a slash in his shirt, he said.

"It appeared that he had walked over, sat down and died," the assistant chief said.

The medical examiner said the gash in Lige's shirt came from an object, like a knife, that nicked Lige's aorta.

"Lige had no injuries we considered consistent with an altercation," the examiner said.

The examiner said Lige bled out slowly and died from a "sharp force injury."

Shegog's mother and two sisters were in court to support him. His mother is 75-years-old and said she's ready for the trial to be over.

A female witness said Shegog stabbed and killed Lige in her home which she shared with Shegog. The witness claimed Shegog was jealous of Lige for talking to her.

Columbia police officers later found multiple items that belonged to Lige including a knife with blood on it that matched the witness description. Police also found blood near the back entrance to the witness' home where she said the stabbing took place.

Boone County judge Kevin Crane is hearing the case. The trial adjourned Tuesday with the prosecution and defense having called all witnesses. The closing arguments and jury deliberation are expected to take place Wednesday.

[Editor's note: This story is constantly begin updated with information from the courtroom].

Man pleads not guilty to murder and armed criminal action