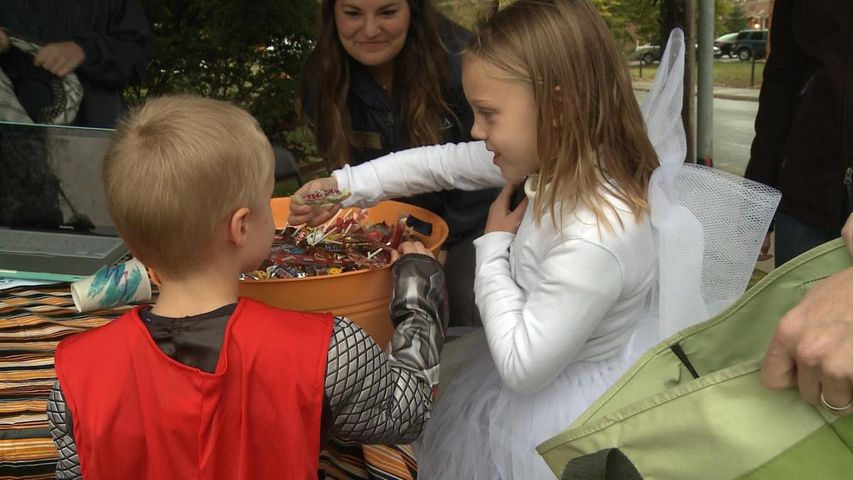 "I love it because it's a really great way to expose the Greek community," Laura Haden, Panhellenic vice president of programming said.

Haden said the event this year is bigger and more organized, and the organization reached out to the local Girl Scout Troops and the Boys and Girls Club.

In total, trick-or-treaters could visit 15 sorority houses and were provided a map of a route passed out at an information booth at the Kappa Delta sorority.

Parents and children also had the opportunity to trick-or-treat inside the George Caleb Bingham Gallery for the "Trick or Treat Through Missouri History" event sponsored by the State Historical Society of Missouri.

In addition to free candy, event coordinators provided entertainment with a show put on by the "ghost of Eliza Bingham," played by Joan Stack, the curator of the State Historical Society.

Stack played the character of George Caleb Bingham's second wife, who died at a mental institution in Fulton, and gave a tour of the "ghostly gallery," which was dimly lit and decked out with jack-o-lanterns and orange and purple lights.

Stack said she started the event to give parents something for elementary kids to do that isn't too scary for Halloween.

"It's perfect for those kids that are looking to learn a little something, but also to have a fun Halloween experience, to wear their costumes, and trick or treat through the halls of the society," Stack said.