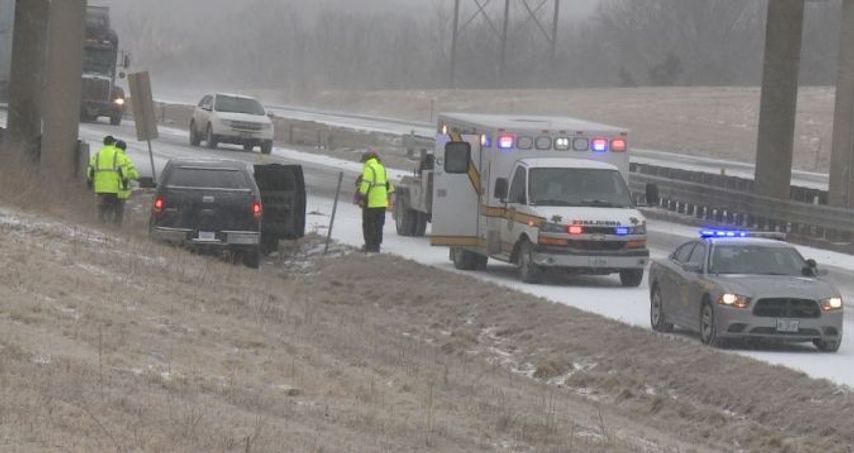 COLUMBIA - State Trooper Derek Sullivan of the Missouri State Highway Patrol car was hit by oncoming traffic while he was working an accident.

Sullivan said people are driving too fast when roads are slick.

"I'll have to get a loaner car for awhile, but the wrecks weren't done. We stopped for two more after my car was smashed," Sullivan said. "It won't be over with till the roads are cleared up."

Missouri State Highway Patrol encourages people to stay off the roads if possible and to drive below the speed limit in slick conditions.