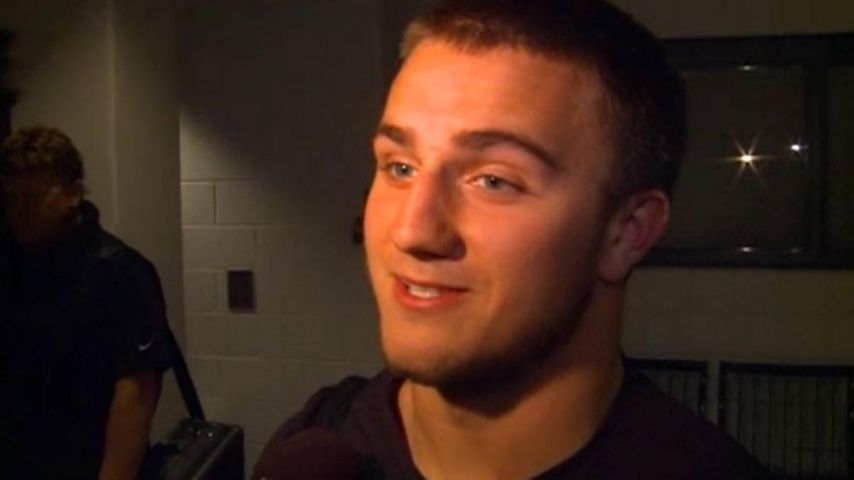 VERSAILLES (AP) — The Missouri state trooper who had a man die while in his custody pleaded guilty Tuesday to a misdemeanor of negligent operation of a vessel. The victim's mother said she's 'incredibly disappointed that it couldn't be something more."

Trooper Anthony Piercy arrested Brandon Ellingson in May 2014 on suspicion of boating while intoxicated.

While riding in a boat driven by Piercy, Ellingson fell into the lake wearing handcuffs and an improperly secured life vest. Piercy jumped into the lake but did not save Ellingson.

A coroner's inquest determined Ellingson's death was an accident, but Piercy was charged with involuntary manslaughter.

KOMU 8 News spoke with Ellingson's mother, Sherry Ellingson, after Piercy pleaded guilty to the lesser charge. She was not satisfied it was sufficient.

"The man pleaded guilty to something that is almost laughable," she said. "For the rest of his life there's gonna be nothing on his record that said his actions took the life of somebody."

Piercy previously testified he never received any formal training on how to use the life vest or which one to use. He had also said he wasn't trained on what to do if someone in custody went into the water.

The controversy surrounding Ellingson's death has lasted three years. This time line explores the contentious developments in the case. (Story continues below.)

Sherry Ellingson said she is concerned Piercy was being given special treatment because of his status.

"I'm more than a little angry," she said. "I always thought that there had to be a greater reason for why my son had to pass, like something needed to change to make it maybe safer at the lake so then, that none of this could happen to anyone else, and I've seen absolutely zero change."

The Ellingson family filed a lawsuit in 2014, accusing the MSHP of negligence. They settled the suit in Nov. 2016. Part of the settlement was an agreement to pay the Ellingsons $9 million.

Sherry Ellingson said the state was also supposed to give the family a list of changes the Missouri State Highway Patrol had made since her son's death to improve safety on the lake.

"It was supposed to be given me that next week," Ellingson said. "It's never happened, never received anything."

When asked if she had a message for the highway patrol, Sherry Ellingson said, "Man up. I mean, do what's right. Learn from this. And make sure that something like this could never happen again."

KOMU 8 News reached out to Piercy's attorney, Shane Farrow, but had not heard back as of Tuesday night.

Piercy's sentencing was scheduled for Sept. 8.

(Editor's note: This story has been updated to include the latest information and reaction from Ellingon's family.)