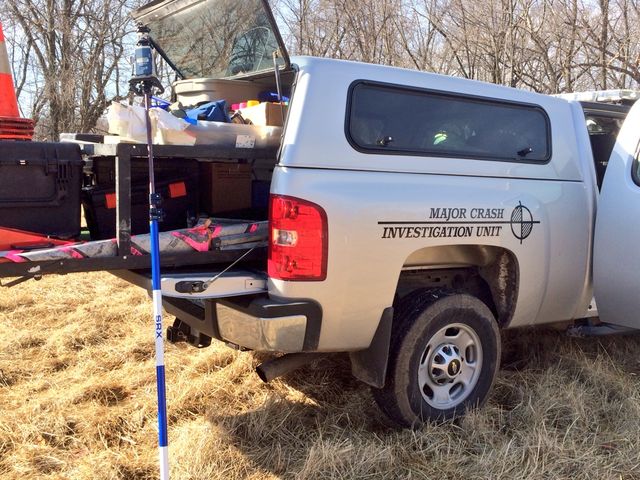 MOBERLY - Missouri State Highway Patrol troopers were investigating the scene Friday of a fatal car accident that killed a father and son off Highway EE Thursday.

Sergeant Paul Kempke said the major crash investigation unit mapped the area. He said the two-dimensional map can assist investigators in identifying the speed of the vehicle and other items that may help piece together what happened.

"If the speed can be calculated, we'll do it," Kempke said.

"It's always difficult for us but we have a job to do, " Corporal Paul Meyers said. "We try and look beyond that and think of the families that are involved and do the best we can, if it was our family involved - to do the most thorough investigation that we can."

Corporal Meyers responded to the crash Thursday. He said the car went across the creek into the bank and rotated underwater. He said the cab of the vehicle was submerged.

"It's always a tragedy when a child is killed in an accident," Meyers said.

The family of the victims told KOMU 8 News Thursday that John Clardy had a history of seizures and that he and his son went missing Wednesday afternoon.