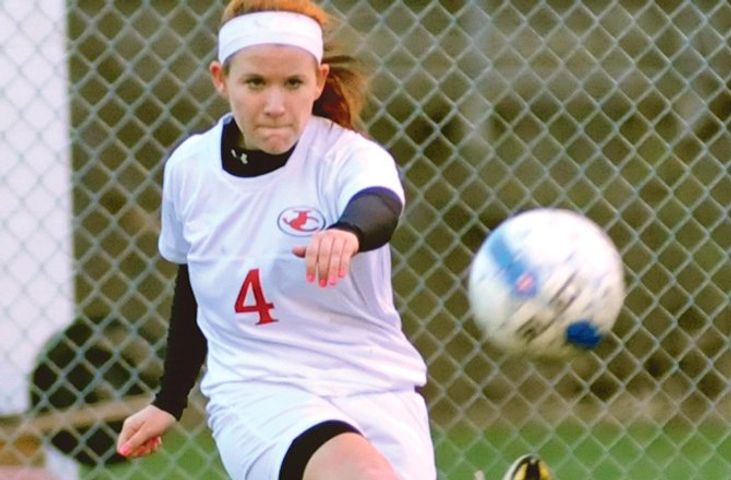 In the second half there was a nice give-and-go bewteen Troy's Kelsey Vanzant and Emily Crane. Vanzant went for the shot, but Jefferson City's keeper made the save.

Jeff City's Corrine Mullarkey took it into the box and tried to center the ball, but Troy's keeper was there to collect the ball. Troy-Buchanan wins 5-1.