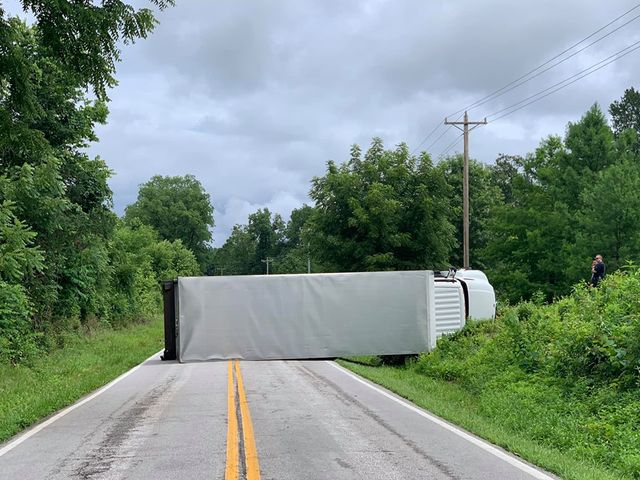 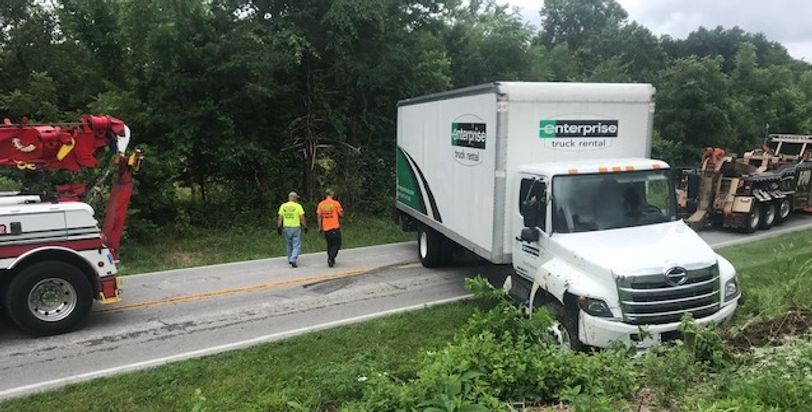 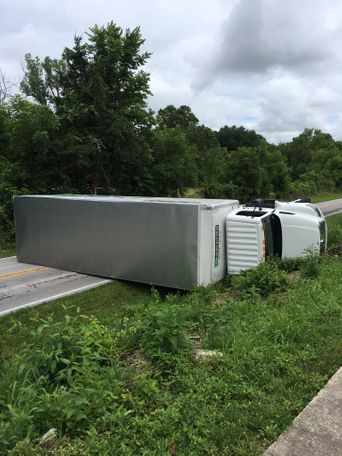 BOONE COUNTY - South Highway KK is open again after a box truck lost control and flipped on its side.

According to the driver, he was trying to gain control of the truck after losing it for a second and ended up turning the wheel too far, causing the truck to tip and fall on its side.

Missouri State Highway Patrol Trooper Gary Gundy said, Highway KK does not have a shoulder so the truck went immediately into the ditch which is what caused it to flip on one side.

The driver said he was glad the truck was not badly damaged. He was able to get out of the truck on his own, not injured.

Getting the truck back on the road and upright required two tow trucks.

"The first tow truck up-righted the vehicle and then they're using the other tow truck to lift the front of the vehicle that was overturned, just to pull it over and out of the ditch," Gundy said. "They don't want to cause anymore damage."

South Highway KK was shut down for about an hour.

"It's a rural area so there wasn't a real traffic problem involved," Gundy said.