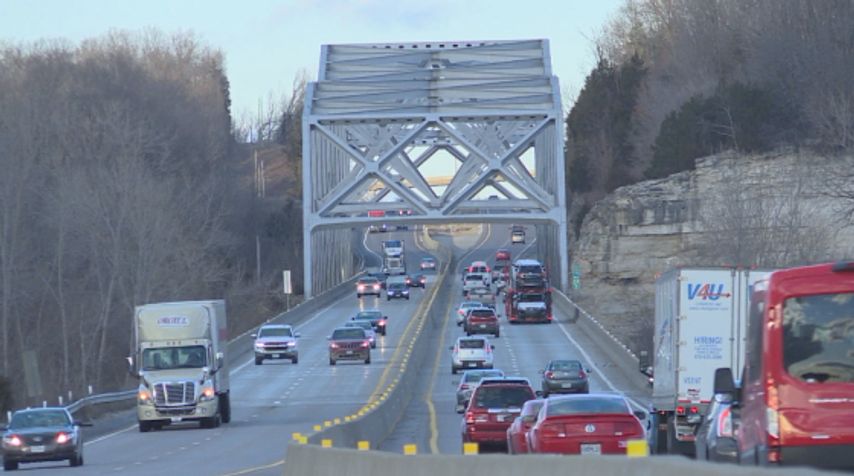 MIDWAY - Truckers that drive on I-70 are thankful for a federal grant that will help build a new bridge over the Missouri River.

The U.S Department of Transportation announced that a $81.2 million grant will be given to Montgomery, Boone and Cooper counties via the Infrastructure for Rebuilding America (INFRA) program.

The funds will be used to replace the Rocheport bridge over the Missouri River on I-70, which is around 60 years old and in poor condition, according to MoDOT.

The grant also allows for climbing lanes on Mineola Hill, on I-70 in Montgomery County, which will help trucks and cars traveling at different speeds to pass each other safely.

Patrick McKenna, the director of MoDOT said the replacement was good news for Missouri.

"All we had in the hopper before this was a plan to rehabilitate that [bridge], and that was going to cause three to eight hour backups for nine months on Interstate 70," said McKenna.

According to a press release from the U.S.DOT, the Rocheport bridge has more than 12.5 million vehicles crossing over it every year; 3.6 million of those are semi trucks.

Larry Dahogne has been driving semi-trucks for about 3 years, and he travels over the Rocheport bridge twice a month.

He said that he wasn't surprised to hear a new bridge would be built across the Missouri River.

"It looked pretty bad when we were going across it," he said.

Dahogne said some of the bridges he has crossed on trips have been rough to travel on.

"There’s some doozies out there," he said. "You just kind of hold on to the wheel and hope for the best and pray nothing happens."

In a press conference in Washington D.C., Elaine Chow, the United States Secretary of Transportation, said she believes the funds will help drivers and communities all across the country.

She said the federal infrastructure grants allow for "more jobs, more opportunities, as well as an improved quality of life for all Americans."

"We frankly could not have done [the bridge repairs] without this grant," he said.

Blunt said that the project to replace the bridge overall will cost about $176 million, but the INFRA grant will make the project obtainable.

U.S. DOT officials said the grants were highly competitive, with over 200 applications, and involved local input.