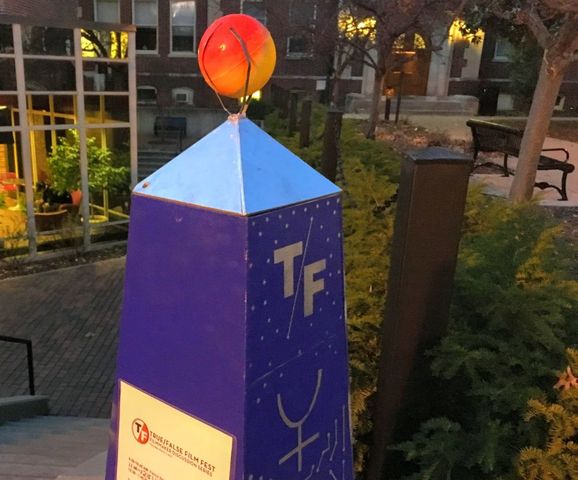 COLUMBIA — For a festival expecting 45,000 attendees, relying on just 25 volunteers can seem overwhelming.

“We may have some officers stationed at some of the venues, but they would be there whether the festival was on or not,” said MUPD Major Brian Weimer.

Maintaining the safety and security at True/False falls mostly in the hands of a small, civilian team of volunteers.

Special Operations Director Josh Oxenhandler said there are a lot of moving parts for the team to cover.

While Oxenhandler would not discuss the specifics of the security strategies and methods, he was firm in saying the team does a great job keeping everyone safe.

“The safety of our participants and all the people that are inside the fest is a priority to us," Oxenhandler said. "We are constantly trying to counterbalance the amount of fun we can let everyone have, and keeping everyone safe and secure."

The traditional True/False “March March” parade took place Friday afternoon through downtown Columbia with all of its signature color and creativity. Thousands either watched the parade or joined in themselves.

While some CPD cars and officers were present, the majority of the security fell on the special operations team.

KOMU 8 News spoke with several guests at the March March. When asked if they felt safe at the festival, each guest said safety has never been a concern for them.

“I’ve been here every year since the festival started and I’ve never felt unsafe once,” said one onlooker.

The festival will continue into the weekend with nearly 75 films still to show, and plenty of concerts and events still on the schedule. You can find a full list on the True/False website.