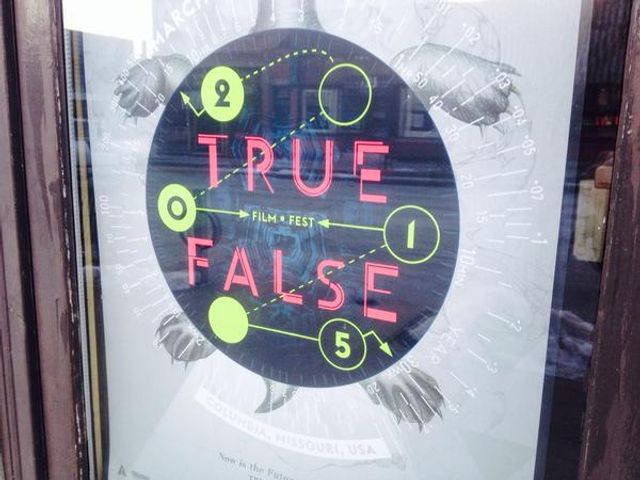 Film topics range from the drug war along the U.S. Mexico border and a chain of serial killings in California to a close look at Scientology and a custody battle over a prosthetic leg that was stored in a smoker and auctioned off.

Some of the films will debut, while others have already been shown in the prestigious Sundance and Cannes film festivals.

New campus locations for the 2015 festival will help make up for the loss of the 1,700-seat Jesse Auditorium, which is undergoing renovations as a part of its $22.85 million "Renew Mizzou" project.

The new 2015 venues will include: Bush Auditorium at Cornell Hall, Keller Auditorium at Geological Sciences and Rhynsburger Theatre at the MU Department of Theatre.

Even with the new venues, True/False Film Fest co-founder David Wilson said there will be fewer seats this year.

The rest of the True/False venues will remain the same as in 2014:

The True/False Film Fest started in 2004. In its first year, the Missouri Theatre, the Blue Note and RagTag Cinema served as the festival's three venues. The festival had shown steady growth up until 2014, when weather caused a slight decrease in attendance.

Wilson said the festival could see another decrease in 2015 due to fewer seats.

"I don't expect to improve upon last year," he said. "I think we will be lucky to be dead even with last year."

The chart below shows the growth of the festival during the past 12 years. The population of Columbia comes from the U.S. Census Bureau, and the population is estimated from 2004-2009 based on population figures in 2003 and 2013. Columbia grew by an average of 2,397 people based on the census figures from 2000 to 2010. The green line showing Columbia's population is marked with an asterisk to show this estimation. The total MU student enrollment figures come from the University Registrar's office.

Below is a timeline of KOMU 8's coverage of the festival since 2006.

Nearly every year the True/False Film Fest screens films that earn Academy Award nominations. Four times during the festival's history a film went on to win the Oscar for Best Documentary Feature. The chart below shows the films that have garned Oscar recognition.

For more information on the 2015 True/False Film Fest, click here.

True/False is a big draw in a small-town