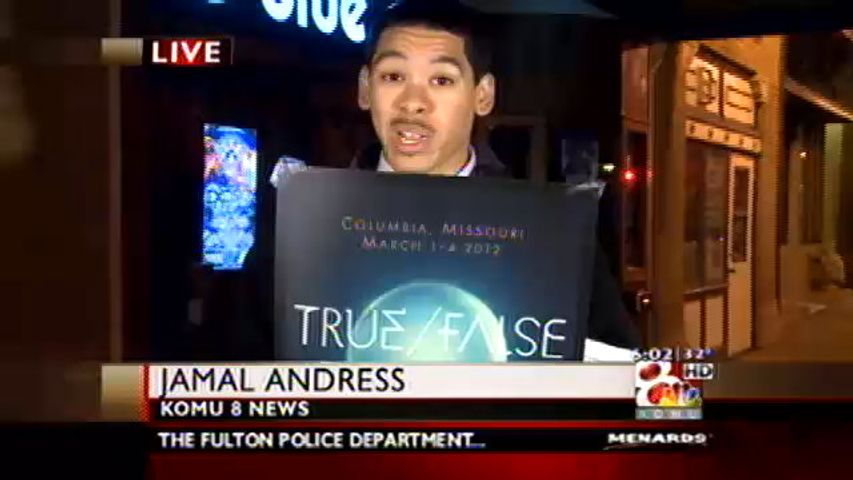 COLUMBIA -Documentary film fans began their descent on Columbia Thursday as the True/False Film Festival kicks off its tenth season.

Since 2003 Columbia has hosted the True/False Film Festival every year. True/False is a nationally known film festival featuring independent films from all across the country. This year there are nine different venues being used for the weekend and ticket numbers are expected to reach anywhere from 20,000 to 30,000.

The film festival is the brainchild of David Wilson and Paul Sturtz, the founders of Ragtag Cinema. Wilson and Sturtz say during the summer of 2003 they had the idea to turn Downtown Columbia into a theatre district. They rented out Ragtag, the Blue Note and Missouri Theatre for a weekend and showed a group of independent films, they sold just 1,200 tickets. From that weekend the True/False Film Festival was born. Since then Columbia has held the festival every year and it has slowly gotten bigger and bigger.

The festival begins Thursday and will end on Sunday. There will be more than 40 different films shown throughout the weekend.