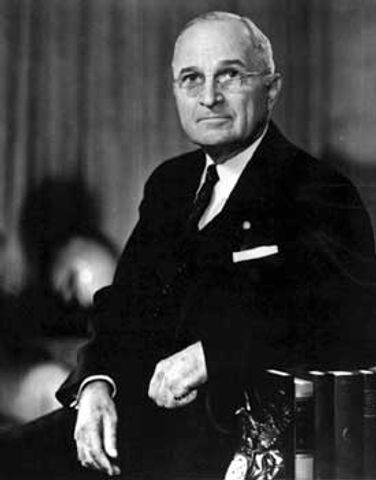 JEFFERSON CITY - Many state employees were off Friday because of Truman Day, a holiday only Missouri celebrates to honor its only president.

Truman day is a state holiday, which means a paid day off for most state employees. This meant many state offices were closed Friday, leaving most state buildings uncharacteristically empty and some parking lots with more geese than cars.

Harry Truman was born in Lamar, Missouri in 1884. He served as a Jackson County Judge before he became one of Missouri's state senators. He served as Senator for 10 years before becoming vice president to Franklin Roosevelt. Truman took over for Roosevelt after FDR's death, in 1945 and approved the use of atomic weapons. Truman also implemented the Truman doctrine which was used to help contain communism.