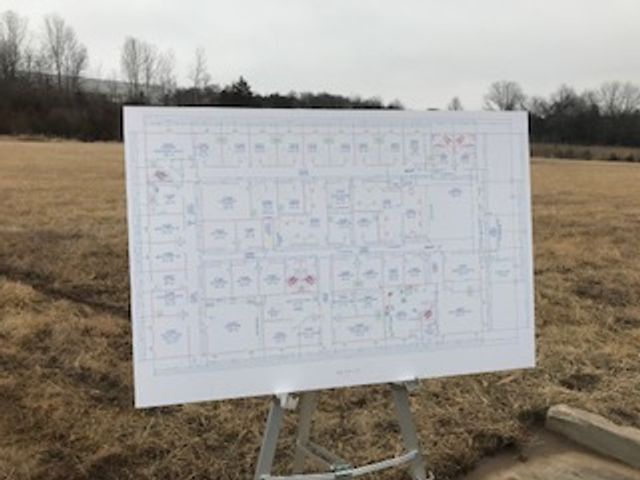 JEFFERSON CITY - Some veterans living in or near the Truman VA clinic often have to make the drive to Columbia for care not offered there.

"Now the Jeff City clinic is a benefit to all of us," said Vietnam Vet Leon Delong. "But if you need anything other than just normal physical stuff like that, you've got to go to  Columbia. Thirty to 45 minutes if you're not feeling well is a long way."

He said he's no stranger to making this drive for care.

"My father-in-law was in his 80s and to get him to the clinic was a challenge, up in Columbia," Delong said.

And Truman VA officials have recognized the struggle. On Friday, the VA held a groundbreaking ceremony for a new outpatient clinic in Jefferson City.

"It's really important within our healthcare system for the Truman VA, because of the fact that many of our veterans do live out in rural communities, and this places care closer to them, closer to where they live, and really allows them to travel less to that care," said Medical Center Director David Isaacks.

"One of the biggest complaints you hear is it's difficult to get into the VA system for veterans who do need the care," said American Legion Post 5 Commander Vince Rost. "I think one of the issues with that is having more facilities that we can get into, that are specifically related to the VA."

In addition to the expansion, the new facility will offer more resources for primary care. Isaacks said more specialized treatment including dermatology, orthopedics, podiatry, audiology and optometry will also be provided on site.

"If you look at the main hospital in Columbia, we have all of the specialties there," he said. "It makes everybody come there for the care. So when we build these specialized outpatient clinics out further in rural communities, in areas like Jefferson City, it just expands us to project that care."

Isaacks said construction is supposed to begin within the next 60 days. He said he hopes the facility will be completed and active within the calendar year.

While VA officials said the goal of the facility is to provide veterans with care closer to home, Rost, also a veteran, said he sees this as an opportunity to honor veterans.

"The value of service is something that we definitely need to value, and we need continue to honor," he said. "And I think by taking care of our veterans is one of the best ways that we can show that that is still a value tradition in our country."

"To see the VA and the people want to say 'thank you' to us for our service, for the VA to be there to benefit us. I mean that's what we were promised when we went to join the service," he said.

Delong said its important that veterans get medical coverage.

"To see the VA expand and come to this area, I think it's going to be a great benefit," he said. "It makes me feel good."