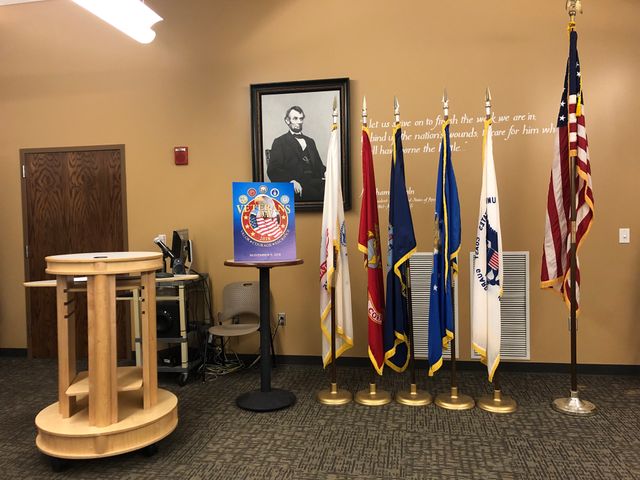 COLUMBIA - Veterans Day falls on a Sunday, but Truman VA Hosptial held a Veteran Observance event on Friday to honor the ones who sacrificed everything for the United States.

The Truman VA Director, David Isaacks and the Public Affairs Officer, Jeff Hoelscher both agreed that they treat every day like it's Veterans Day, but the month of November is the biggest time everyone else does.

The event featured a few speakers, who gave remarks on what it means to be a veteran and their love and service of the country.

Vietnam Veteran, Alvin Plummer talked about what it meant to him to be a veteran. Plummer served in the Vietnam War and shared his stories with the audience. He received a standing ovation when talking about serving his country.

"We serve and have served to be free," Plummer said. "All gave some, but some gave all."

Dr. Jim Coy is a U.S. Army Veteran and feels strongly about the work that the soldiers do for the country. Coy said it's an honor to serve the U.S., but you have to poor your blood, sweat and tears into it.

"For every right, for every privilege we have, we have a corresponding obligation of duty" Coy said.

The event also feature a photo gallery of veterans who have been homeless. MU student, Pamela Houser is the photographer of the portrait gallery. The project is meant to bring awareness to this part of veterans lives,t hat people don't get to see.

Today marks the 100th anniversary of World War I.