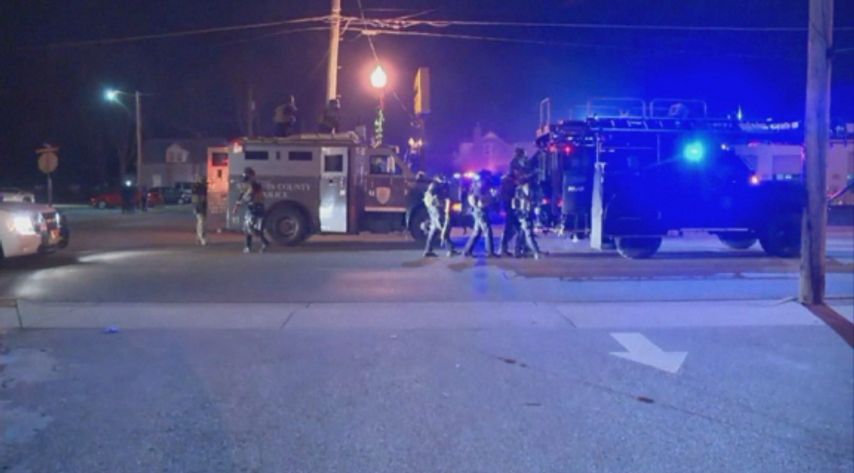 The policy was initially implemented in 2015 by Barack Obama and prohibited the transfer of a wide range of military gear, including armored vehicles, grenade launchers and rifles. Obama issued the executive order shortly after the riots in Ferguson, Missouri.

"We are fighting a multi-front battle: an increase in violent crime, a rise in vicious gangs, an opioid epidemic, threats from terrorism, combined with a culture in which family and discipline seem to be eroding further and a disturbing disrespect for the rule of law," Sessions said.

The move has been met with mixed reviews, especially in Missouri.

"It seems like it's the opposite of the direction in which we should be going," said Empower Missouri Central Chapter Chairperson Pam Rich. "We need to be working towards more understanding, community, conversation, and interfacing with each other."

Rich said that while she understands the use of protective equipment, the presence of high-powered weaponry is concerning.

"We had made significant strides forward in our state," Rich said. "This is a slap in the face towards the steps that we had been making towards working together."

The Columbia Police Association was in support of the move, however, saying the equipment will help it better protect the public.

"This is defensive equipment, not offensive, and that is very important," said Executive Director Dale Roberts. "It's equipment that will enable police officers to do their job in protecting the public."

Roberts added that new bulletproof vests will be especially helpful for the safety of the officers.

"Rifles as an offensive weapon against police officers were virtually unheard of until maybe two or three years ago and in 2017 it's a frequent occurrence that officers are being shot at with rifles," Roberts said. "The important thing is, the level of Kevlar, what people refer to as a bulletproof vest, the level a police officer wears is protective against handguns. The military vest protects against rifle rounds. It provides them the needed protection."