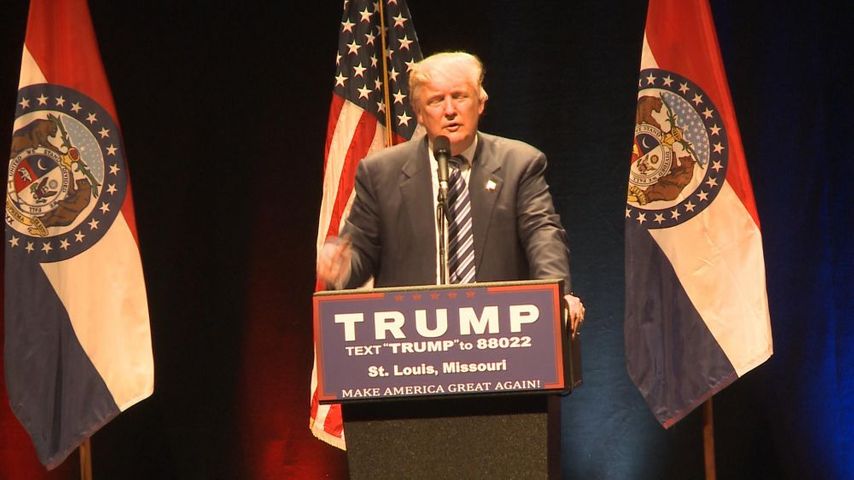 COLUMBIA - President Trump will be in Columbia on Thursday. The president will hold a rally at 6:30 p.m. at Hangar 350 at Columbia Regional Airport where he will endorse U.S. Senate Candidate and current Missouri Attorney General Josh Hawley.

Only ticketed passengers and those picking up or dropping off passengers for scheduled flights will be allowed to park in the airport parking lots, according to a press release from Columbia Community Relations Director Steven Sapp.

There will be enhanced security in and around the airport, which could cause traffic delays. Air travelers with flights departing between noon and 4 p.m. should plan accordingly and are encouraged to arrive at the airport at least one hour prior to the boarding time listed on their ticket or boarding pass.

Rally parking will be available at the Cartwright Business and Technology Park on the southeast corner of Highway 63 and Route H.

Gates to the rally will open at 3:30 p.m. according to President Trump's website.

The Republican National Committee will have dozens of volunteers at the rally, advocating for Josh Hawley. The RNC broke a state record this week with one million door-knocks.

Missouri Communications Director Whitney Smith said they are excited that national attention is put into Columbia.

"All eyes in the nation are pointed on Missouri. This is one of the few chances the Republicans in the Senate have to make gains instead of losses," said Smith.

Our Revolution Mid-Missouri and other organizations are having a rally at Boone County Courthouse at the same time as Trump's rally.

Kory Davis of Our Revolution Mid-Missouri said Trump's arrival was a planned distraction to Columbia.

"The rally at the courthouse downtown is an attempt to refocus people's energy and to make the story about them, about voters, about candidates and continue moving forward rather than reacting to Trump's plan," Davis said.