Trump : "We can be the generation that ends the opioid epidemic." 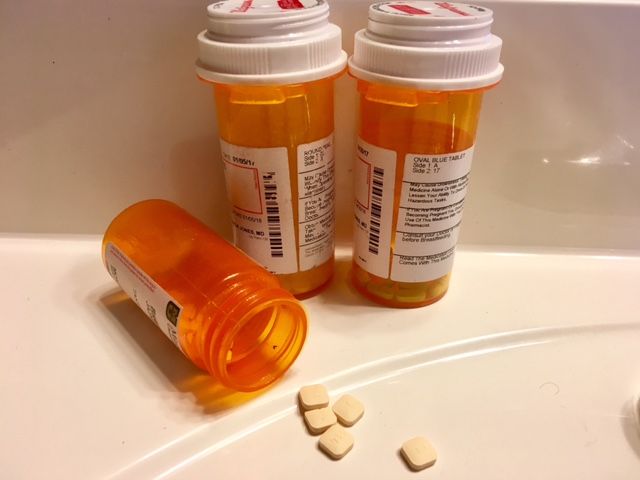 He declared it a public health emergency.

“In our lifetime nobody has seen anything like what’s going on now,” he said. “We cannot allow this to continue. It is time to liberate our communities from this scourge of drug addiction.”

“We have a prescription drug monitoring program which is looking at where prescriptions have been dispensed.”

Stann said the St. Louis County Department of Public Health implemented the program. When a patient goes to file a prescription,  “if they tried to fill a prescription before, that prescription will show up in the system.”

“We’re encouraged that with more providers being able to use the prescription drug monitoring program that we can help improve patient care as a result,” Stann said.

He said all of Boone County has complied with the program as of July 1 and he just looked at their first bit of data from St. Louis County.

“While this report only contains one quarter of information, we do believe the results indicate the importance of having a prescription drug monitoring program,” Stann said.

Stann said the US Department of Justice granted the St. Louis County Department of Public Health a million dollars to address the opioid epidemic.

“The funds will be used to cover the cost to join the prescription drug monitoring program for all current and potential participating jurisdictions for two years,” he said.

Stann said his department will also be partnering with the Missouri Department of Health and Senior Services to host an opioid summit on November 29 in Columbia.

He said as of now, the department is waiting on direction from the federal government in regards to the President’s announcement.