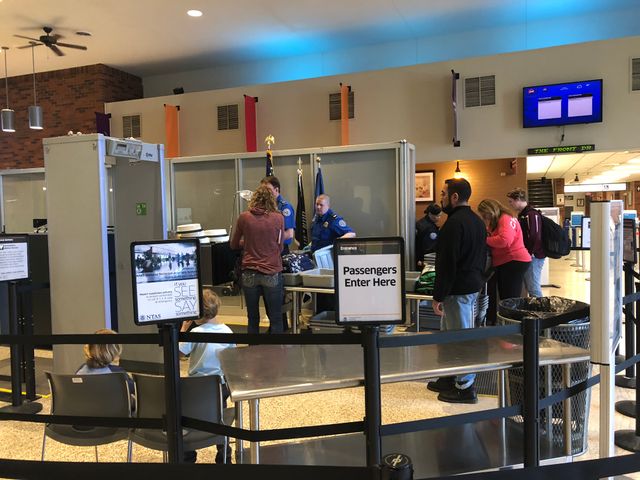 COLUMBIA - Passengers at airports across the country are learning firsthand the impact of new security measures the TSA is introducing.

According to the TSA, "The new security measures require travelers to place all electronics larger than a cell phone in bins for X-ray screening in standard lanes."

Passengers should also be aware they may be asked to remove food, powders and large items from carry-on bags before going through airport security.

"Especially with the e-cigarettes and the lithium ion batteries that come in different phones," passenger Jennie Forbes said. "I've noticed that my luggage gets processed quite a bit more than it ever did before."

Another passenger said he hasn't faced any delays due to the security changes, but he still sees how it could be an issue.

"Given these new regulations I could see how they would be very inconvenient, especially for those traveling with kids who have pre-planned snacks and things of that nature," David Myers said.

The TSA recommends travelers organize their carry-on bags beforehand to help speed up the security process. With these new measures in place, agents may perform more bag checks of passengers.

According to the TSA, agents will be stationed in front of checkpoint lanes to help guide passengers through the new process.

"In the short term, it's going to cause the waits to be a little longer as people are learning the new procedures," TSA regional spokesperson Mark Howell said.

Howell said the TSA rolled out the new security measures to evolve to meet the current threats facing passengers. He said the latest threat is electronic, based on two occasions in 2016 where suspects hid explosives in electronic devices in attempts to bring down planes.

There are no changes to what travelers can bring that complies with the "3-1-1" liquids rule. At airports with designated TSA Pre-Check lanes, these new security measures also do not apply for those with that certification. Passengers enrolled with TSA Pre-Check will not have to remove their shoes, belts or electronics when going through those airport security lanes.