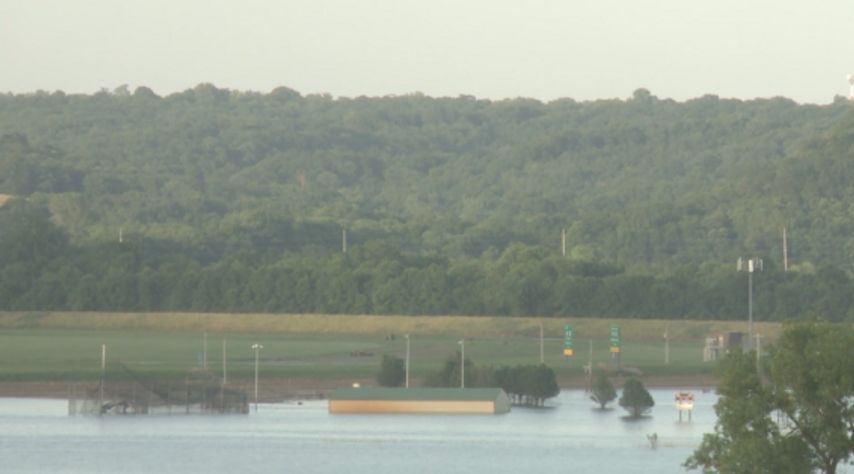 Jefferson City Police Department confirmed on its Facebook page around 4 p.m. that the Turkey Creek Levee was breached.

The Turkey Creek Levee is located on Renz Farm Road near Old Cedar City, just off of Highway 63.

In a press release, JCPD warned people to avoid the area.

JCPD also said crews are trying to repair the break, and currently Highway 63 and 54 are not at risk.

Within an hour of the breach, Mo-Dot, MFA, and Amren UE responded on the scene.

KOMU spoke with Britt Smith of Jefferson City Public Works, who said it, "was caused by erosion."

As of late Thursday, construction crews were attempting to patch the break with rocks.

KOMU spoke with residents near the break who expressed their frustration.

"It is just the disruption of people's lives. I mean from traveling, to parking, to how people get to work. And then the poor people in the flood," said Mark Steward, a resident of Jefferson City.

"That is their livelihood," said Steward.

Public Works said nothing major is at risk.