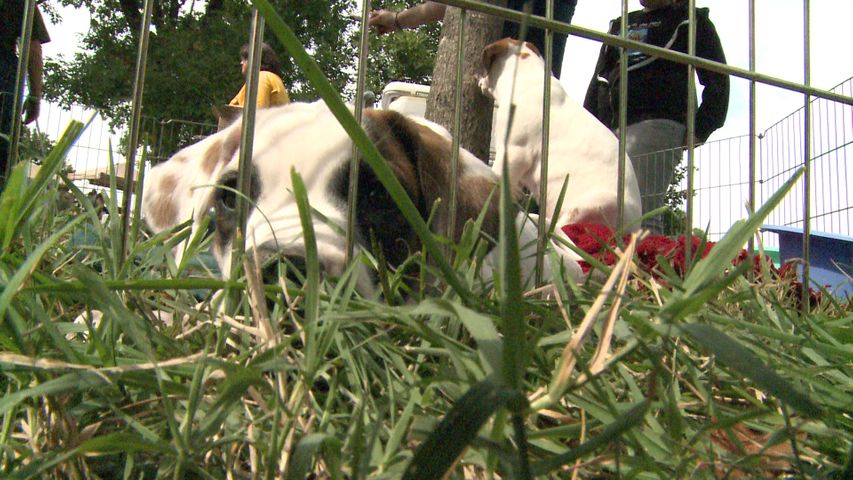 COLUMBIA - The first signs of spring weather are at Twin Lakes Recreation Area. The puppies are out, but now it's a park divided. From dog owners' concerns to Parks and Recreation's research, the one large recreation area has been divided into three parts.

Parks and recreation created one area for small dogs 18 inches and under from their shoulder, an all dog park area with a lake for dogs to cool off in and an off season area for the winter months.
Director of Parks and Recreation Mike Griggs said, "At first we were opposed to it as a Parks and Recreation Department because a lot of the comments we originally got was that well I have two dogs. I have a lab and a puppy. I don't want to have to split them up."

Griggs added, "Plus as a department we felt that we didn't have enough space anyway. To split them into two parks meant your congestion even further." The Parks and Recreation Division looked at communities around the country to see what standards were being enforced for dog protection. The standard across the board was 18 inches for the divide between small and large dogs.

Tim Carson, a Columbia resident, used the park before the divide and said, "We just remember the time before the division between large dog and small dog and normally it was harmonious, but every so often you would see the large dogs and small dogs together and the small dogs didn't have much of a chance, and they gang up sometimes and the owners couldn't control them."

Matt Boehner, Senior Parks Planner, "There are no limitations on breeds, or sizes or vacations or anything like that or registration just yet."

Parks and Rec looked at other ways to separate the dogs based on size. Griggs said, "We considered the weight but then again there are some us of that have dogs that are a little chubby and that would be a little exclusive."

A third park has also been developed, the off season winter park. This park does not have a pond in the fenced area. Griggs said, "During the winter time the big lake would freeze. A dog would run out onto the ice. It would get out so far that it would fall through the ice. So therefore we had situations where owners were running out onto the ice trying to save their dog. Then they would fall through the ice." Griggs said that on one particular Sunday in the winter emergency crews were called four times for people and dogs falling through the ice.