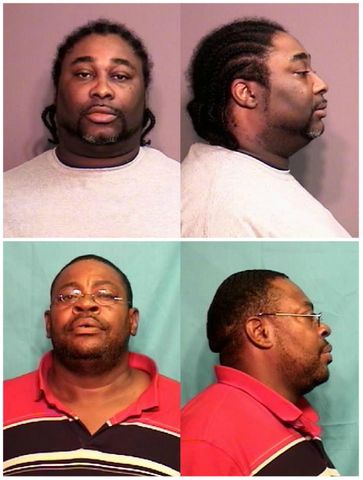 Both Larry Tapp and Joseph Williams on felony charges. They are currently being held at The Boone County Jail on 4,500 dollar bonds.

Convicted sex offenders are required to register at the Sheriff's Department periodically and provide a current valid address. Neighbors told KOMU they were relieved to find out law enforcement stepped in. One neighbor said he heard from others in his neighborhood that one of the sex offenders lived nearby.

Neighbor Keith Lewis said his boys are older and he isn't too worried about them, but one of the sex offenders lives near some young children.

"I found out where he lived and then I was like, the bus stop is right across from his house and theres a bunch of kids there every morning, so I really don't know what to think now," said Lewis.

Boone County deputies and detectives confirmed the addresses for the two men as 600 West Ash Street and 2408 Hendrix Drive.