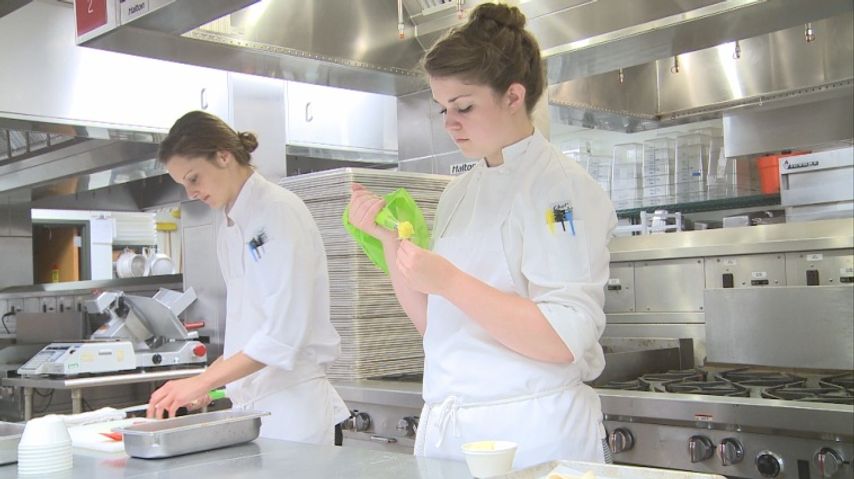 "What makes this big is that we haven't had two students who both won first place in the past ten years," Chef Brook Harlan with the Columbia Career Center said.

During the competition, King prepared chicken fabrication, along with salad, soup, and a sauteed entree.

"Timing is the most important," King said. "We were trained several different ways to prepare for that."

Both King and Pitt were trained for the entire year with chefs at the Columbia Area Career Center.

"Training here helps get to know the competition better, and learn what to do to make it better, and be more organized and time efficient," Pitt said.

The state contest began in March and the national contest was held on June 27 at Bartle Hall in Kansas City. Students from most of the 50 states participated.

For pictures about the competition, please visit here.