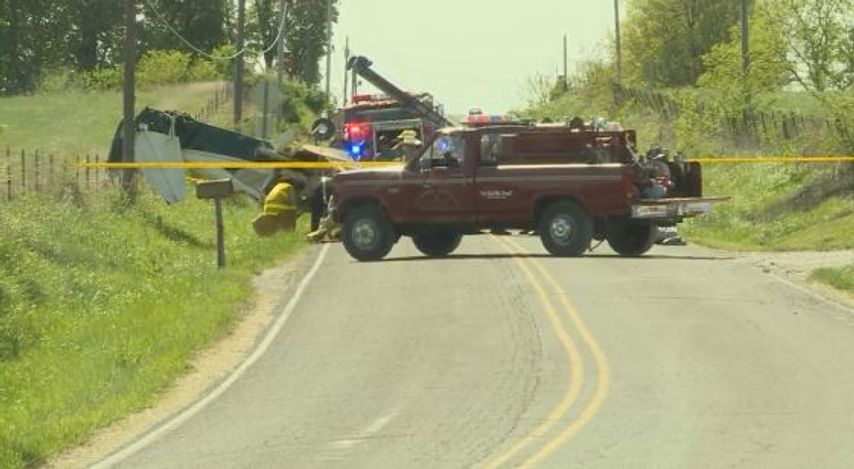 The victims were pilot Charles McCutcheon, 67, of Fayette, and passenger Bryan Roth, 49, of Franklin. Authorities have notified the families of the victims.

The small private plane hit a powerline in the area. Sgt. Scott White of the Missouri State Highway Patrol said he is unsure of the cause of the crash.

The Missouri Highway Patrol said the plane appeared to be headed towards Jesse Viertel Memorial Airport in Boonville.

The Missouri Department of Transportation blocked off Highway 98 for more than two hours and reopened it before 5 p.m.

The FAA and NTSB are expected to be on the scene around 9 a.m. Tuesday to investigate the cause of the crash.

*This story has been updated to include the fatalities and names of the victims.