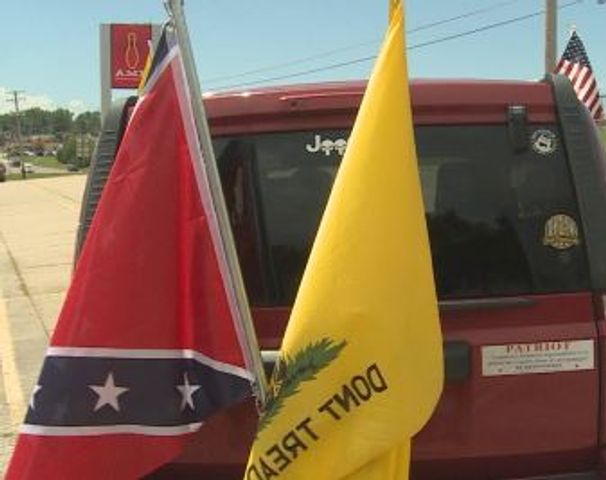 COLUMBIA - A car accident took place around the same time as a Confederate flag rally Saturday near the intersection of Interstate 70 and Providence Road.

Tere Lee, an administrator of Overpasses for America, helped lead the rally. She said the rally's activities did not cause the accident in any way.

Freedom Road Truckers Founder Chad Noel attended the rally as well and said the rally did not distract any drivers.

"No, I'm a professional truck driver," Noel said. "I have things happening all around me at all times. My number one responsibility while driving is maintaining safe control of my vehicle. Everybody else has the same responsibility in their cars."

Noel said he heard the accident but he could not tell what the person hit. He said he thought only one car was involved but he later heard from another person in the rally that one car rear-ended a minivan.

Division Chief Darren Arends of the Columbia Fire Department said one person was taken to an area hospital for minor injuries. The department was unable to say whether the rally played any role in the accident.

Noel said the rally had a significant purpose.

"It's meant to open people's eyes and see what's going on, see how we're being overtaxed and overregulated," Noel said.

Lee said participants from Kansas City and St. Louis took part in the rally. She said Overpasses for America has a particular goal in mind.

"The goal of the organization is to try and help wake people up and see what's happening to our country," Lee said. "Every day our rights are being taken away."

More information on the organization can be found on its website.