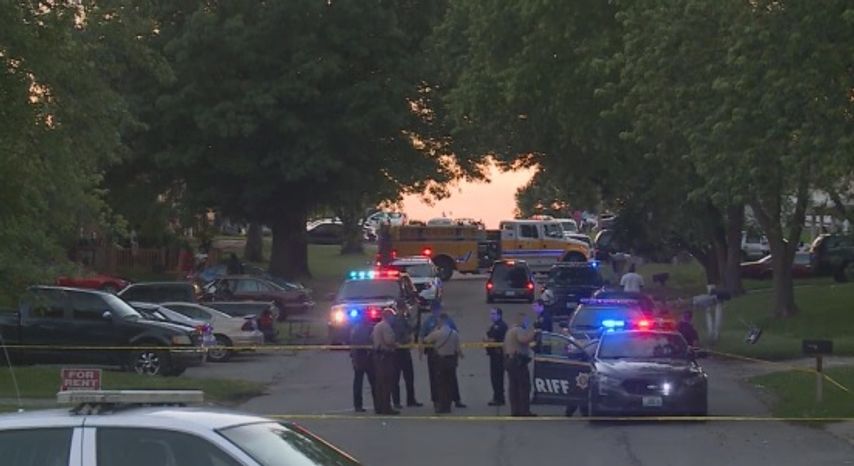 BOONE COUNTY - Deputies are looking for two suspects Monday following a shooting with two victims in the hospital, according to Boone County Sheriff's Department.

Deputies were dispatched to the 700 block of Demaret Drive shorty after 8 p.m. Upon arrival, Boone County Sheriff's deputies found the two victims lying in the grass just off the side of the road.

Boone County Dectetive Tom O'Sullivan said there appeared to be a gathering at the home. Two suspects approached the group, and one fired a pistol. Residents claimed to have heard five to seven shots fired.

The two male victims, ages 26 and 48, are in the hospital. Their condition is said to be non-life threatening with lower-body injuries.

Detective O'Sullivan said the suspects are believed to have left the scene in two cars: a blue Hyundai and a brown sedan.

This is a developing story. KOMU 8 will update you with the latest information as it becomes available.