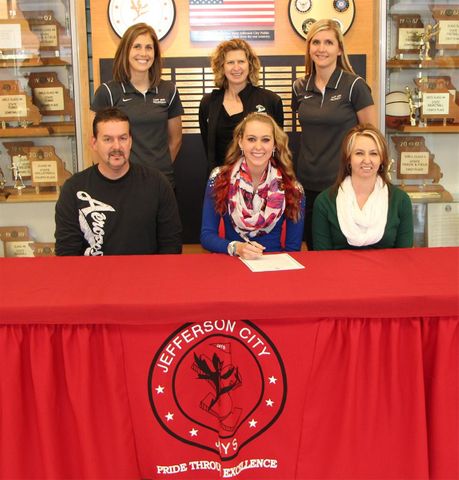 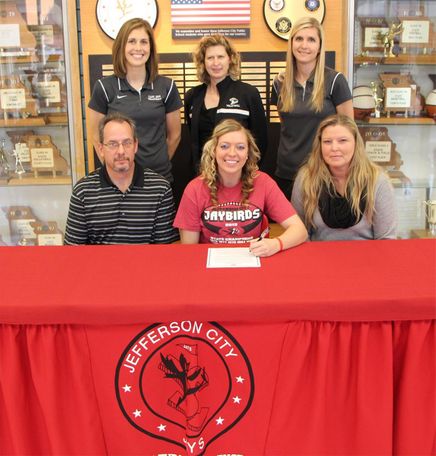 JEFFERSON CITY - Two members of the Lady Jays volleyball team will be headed to Fayette for college after signing letters of intent to play for Central Methodist University.

Seniors Makenzy Kliethermes and Madison Bond signed their letters Friday. Both will be on scholarships.

Kliethermes and Bond have each been part of the Lady Jays volleyball team for four years, spending the last two on the varsity squad.

Bond was elected captain of the team as a junior.

She earned First Team All-District and Academic All-State honors as a middle hitter in her junior season, and was selected to the honorable mention All-Region team as a senior.