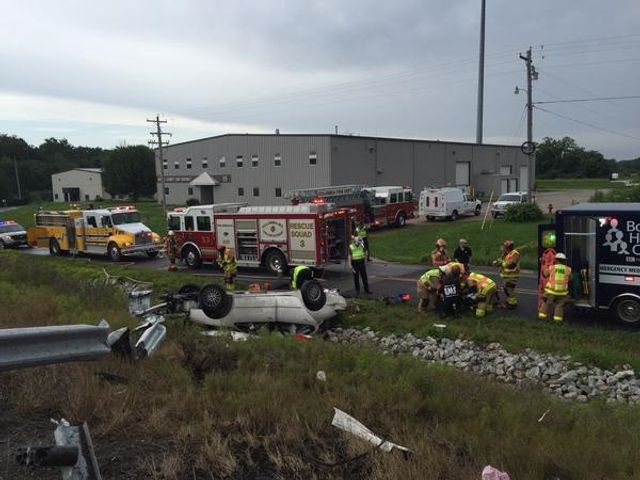 According to the Missouri State Highway Patrol, the driver, Brantley, 21, and passenger Stock, 21, slid off the rightside of the highway, struck a guardrail and overturned. Neither were wearing a seat belt at the time of the accident, according to the accident report.

The accident happened at around 2 p.m. on southbound Highway 63 near Tom Bass Road, south of Columbia.

The 2000 Chrysler Concorde was found flipped upside down. Firefighters removed Brantley from the vehicle. He was transported to University Hospital with serious injuries and Stock had minor injuries, according the MSHP report.

Brantley is a defensive lineman for the Mizzou football team. Stock is a guard on the Mizzou women's basketball team.

The Missouri Athletic Department confirmed that Brantley was involved in the accident and they are hoping he is okay.

KOMU 8 will update with the latest information as it comes in.

(Editor's note: This story has been updated with the latest information.)