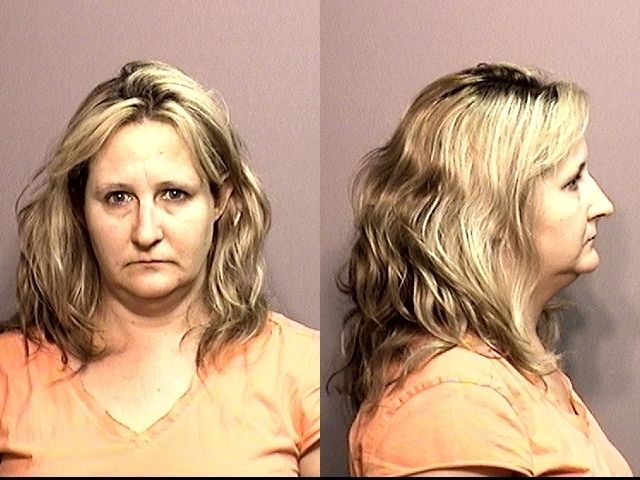 Centralia Police told KOMU 8 News Anderson's neighbor called in a noise complaint in regards to loud music blasting from Anderson's home.  Police said when they arrived they witnessed Anderson screaming obscenities and throwing an object resembling a shepherd's hook at the neighbor in a spear-like manner. Police said the object hit the neighbor as he attempted to run away, and after Anderson saw the officer she fled inside her home.

Dudgeon said after Anderson ran inside, she threatened the officer. "The defendant from the inside of her front door was yelling at the officer 'Get off my front porch. I'll kill you,'" he explained.

Dudgeon told KOMU 8 News Anderson specifically threatened to shoot the officer.  After the threat, Dudgeon said the officer made entry into the home at which time they said Anderson began swinging a gold bowling pin around  in a threatening way.  Anderson was then taken into police custody.

KOMU 8 News spoke with several of Anderson's neighbors on Sunset Lane in Centralia.  Neighbors refused to go on camera, but said they are not shocked by Anderson's actions.

The MU News bureau also refused to speak on camera about Anderson or Hack, but told KOMU 8 News over the phone, "We cannot discuss any disciplinary action we will take with either employee. Right now both are still employed with the university."