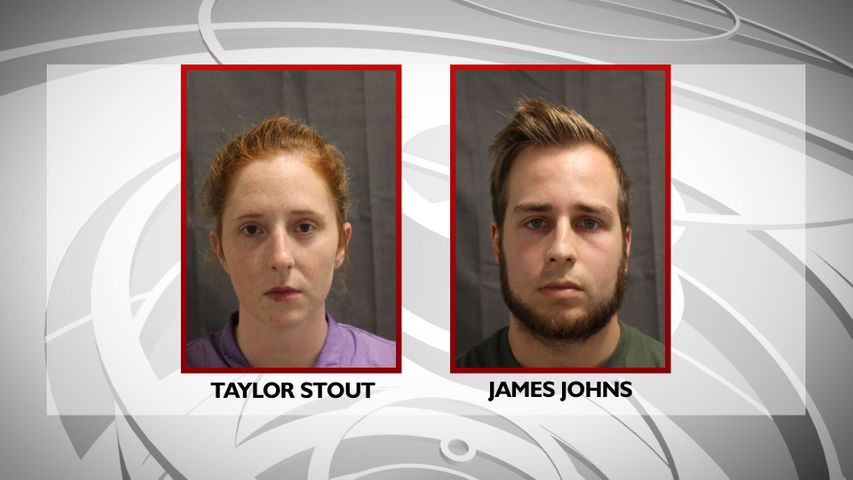 Earlier in July, authorities accused Johns and Stout of abusing animals at the Downtown Pet Stop in Mexico.

According to the probable cause statement, a customer told the business owner, Nancy Buck, that their dog was ill following a visit to the shop. After watching the surveillance video, Buck called the police.

Officers said while grooming a Yorkshire Terrier, Johns and Stout repeatedly slammed the dog on the table in an effort to control it and held the terrier down while they shook it by the ears.

Court documents said surveillance video showed Stout lifting the dog over her head and slamming it onto the grooming table, which caused the terrier to lose consciousness.

Buck said she was out of town when the incident occurred. She said Stout originally told her the dog had a seizure. Buck said she and her husband reprimanded the duo.

She told Stout, "You all deserve to be fired. You all should be ashamed. Then they walked out and quit."

Karla Larkin brought her dog, Moonshine, to Stout for more than two years. She said she was surprised to hear the allegations.

Larkin said she thought her dog loved going there and was in disbelief.

"I was really just so shocked that it was Taylor because I had heard she had gone to work somewhere else," Larkin said, "I was actually going to look her up so I could keep going to her."

Another customer said she could tell something was wrong after she brought her dog to get a haircut. She said the Shih Tzu strongly resisted entering the pet shop.

Johns and Stout no longer work at the Downtown Pet Stop. They are scheduled to appear in court on September 18.