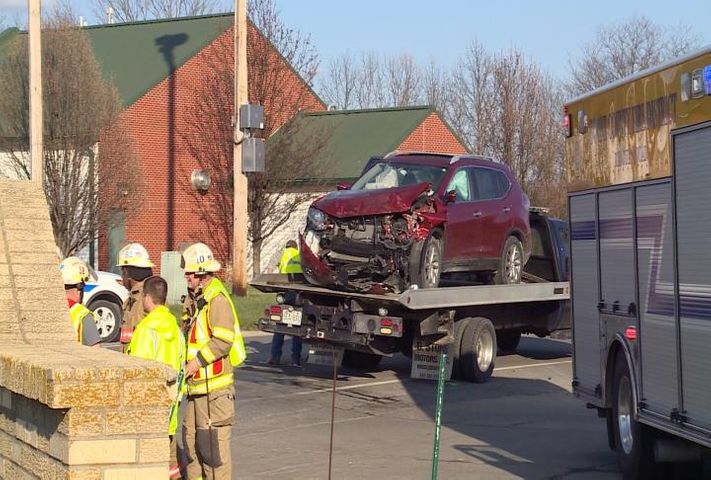 BOONE COUNTY - Two people were taken to the hospital Saturday afternoon after being extricated from a two-car accident near Columbia.

Missouri State Highway Patrol Trooper Gary Gundy said the 16-year-old driver of a white Ford Taurus was making a left turn onto Broadway from El Chaparral Avenue when another car hit the driver's side of the Taurus.

Gundy said there was one person in the Taurus and three in the other car - a grandmother, mother and baby.

Gundy said the driver of the Taurus and grandmother from the other car were both extricated and taken to the hospital. The Missouri State Highway Patrol website said the 16-year-old driver had minor injuries and the grandmother's injuries were moderate.

MSHP's website said both people sent to the hospital were wearing their seat belts.

[Editor's note: This story has been updated to include more information about the crash.]