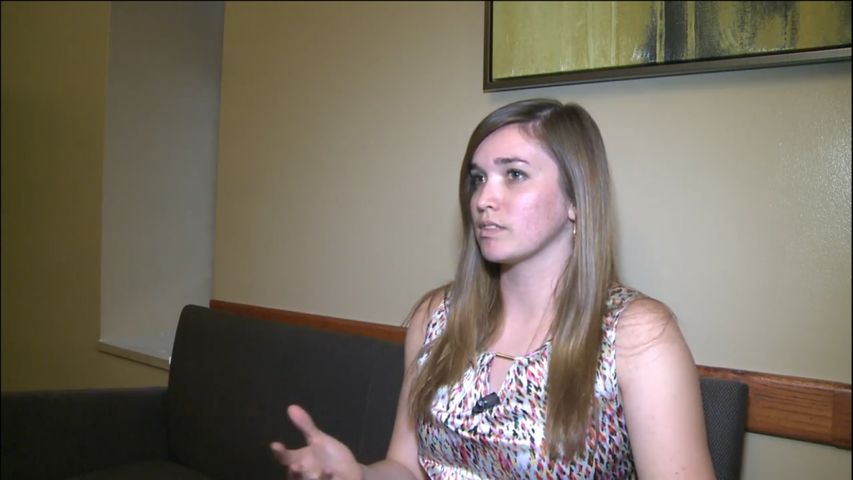 COLUMBIA - Olivia Apperson and Jessica Reid are two students who are trying to make an impact on the perception of mental illness with their filmmaking.

Apperson, the director, created a script for a video and posted the idea in a film club GroupMe message. That’s where Reid took interest in producing and helped turn her idea for one short film into a series titled, illuMental.

Each film is supposed to be a depiction of a mental illness or disorder through different film genres. Reid explains that their research for their films go deeper than just the surface.

“The point is to take their experiences and our independent research to meld the two together. Instead of showing those interviews, taking them and transforming them into narrative pieces, we couple the mental illnesses with a film genre. Depression was coupled with a psychological thriller. You only get so much out of hearing someone talk about the mental illness they have. So the point is instead of just listening, you can actually get a glimpse of the emotions and the things people actually go through,” said Reid.

Their first film focusing on depression called “The Drop” debuted at Ragtag Cinema for the Local Filmmaker Shorts Showcase on April 25. Apperson hopes that her films have an impact that urges the viewers to have a new conversation.

“We want to make sure with what people are saying, they are understanding what it’s really like. Not just seeing what’s on social media or different things like that. We want a very accurate representation of each mental illness,” said Apperson.

According to The Department of Mental Health, the percentage of people over 18 who had a mental illness in Missouri was 18.95 percent from 2013 to 2014. It was 18.29 percent nationally that year.

In a St. John Fisher College study, 70 percent of the public gathers their information on mental illness from television. 72 percent of those characters were portrayed as violent.

Victoria Trickey, a sufferer of anxiety and depression, has yet to see these films, but believes it can start a conversation and create a clearer picture of people experiencing this.

Apperson and Reid are now setting up an Indiegogo account for donations to fund their future films. Apperson already wrote the script for the next short film, “Bulldozer” which will highlight anxiety as the subject.