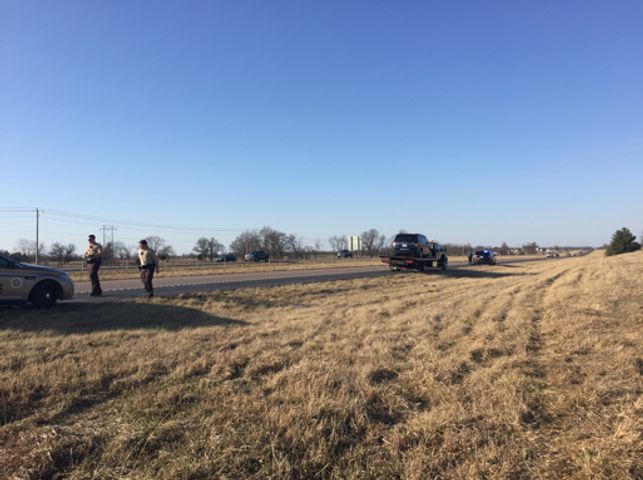 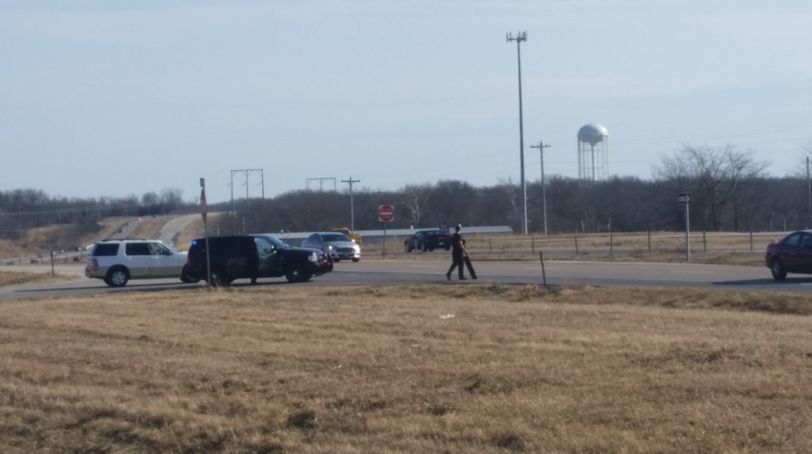 Columbia police prepared to throw out spike strips on northbound Highway 63 near the KOMU 8 station.

BOONE COUNTY — Two people were taken into custody after leading police on a car chase through multiple counties Saturday afternoon.

According to the Eldon Police Department, the chase started because a male subject tried to buy items from a local business in Eldon with a stolen identity. An Eldon Police Officer arrived on the scene, and the man ran from the business and jumped in a van with a female driver.

The female started driving the vehicle and did not pull over when the officer tried to stop the vehicle, which started the pursuit.

Both suspects were taken into custody. They are waiting for charges by the Miller County Prosecutor.

The suspects' names have not been released as of 5:50 p.m.

[Editor's note: This story will be updated with the most recent information as we receive it.]