Two teens arrested in connection to threat toward California schools 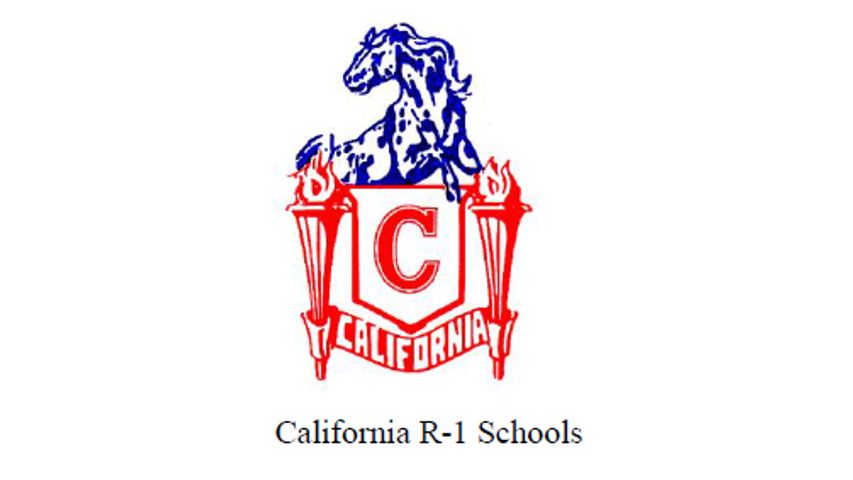 CALIFORNIA - A 17 year old and a 14 year old are in custody after a threat was reportedly made to California R-1 Schools in Moniteau County.

Dwight Sanders, the superintendent of the school district, sent the following letter to parents and guardians of children in the district on Monday: 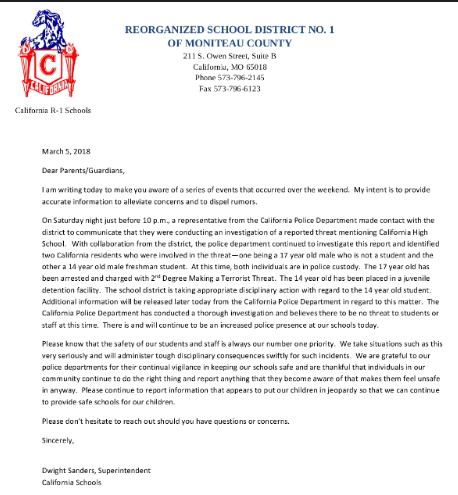 Sanders said he can empathize with the feelings of parents because his own children went to school at CHS.

“It puts it in a perspective when you have your own children and can identify with anybody that has children that go to school here," Sanders said. "Obviously, it’s a level of anxiety that you don’t want to have to face.”

Sanders said he was contacted by the California Police Department Saturday night, which said it was investigating a reported threat. The investigation led to two arrests, one being a 17 year old, who is not a student and a 14 year old, who is a freshman high school student.

The 17 year old is charged with 2nd degree making a terrorist threat. Sanders said the district is taking disciplinary action with the 14 year old, who is in a juvenile facility.

The California Police Department says there are no threats to students or staff at this time.

In a press release Monday the California Police Department said it will have an increased presence at elementary, middle and high schools.

One parent with two children in California schools said he didn't feel unsafe sending his children to school this morning after receiving the news.

“We’ve got a pretty good group of teachers and faculty and I think that if any of the faculty felt that there was going to be any harm whatsoever that they would have called things off,” Mark Elliott Jr. said.

Elliott Jr. said he will continue to have conversations with his children about school threats and being aware of the people around them.

“If you hear something that isn’t right, let someone know," Elliott Jr said. "It doesn’t always have to be a teacher.”

Details on the reported threat(s) have not been made available. The California Police Department said it will release more information on Monday.