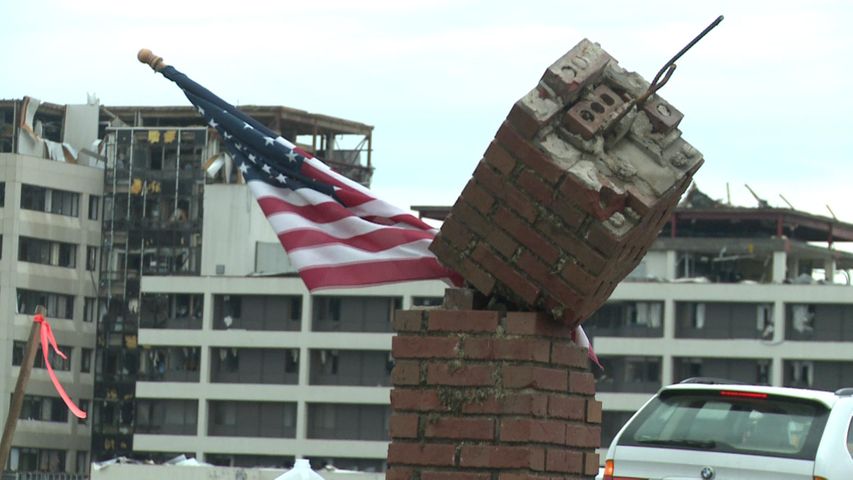 JOPLIN - There's still a lot of rebuilding left to do in the city. Construction crews work on several new schools, homes and even a brand new hospital. The tornado left its stamp on this city. All those schools, the hospital and several homes are being built with FEMA-approved storm shelters. But even with all the progress being made, Joplin now has to deal with another problem it dealt with long before the tornado: lead contamination.

Once home to several lead mines and a smelter, Joplin found lead contamination in the yards of more than 2,300 people in the mid 1990s. The Environmental Protection Agency came through and cleaned up the contamination, but after all these years, the contamination has once again made its way to the surface.

The tornado churned up the contaminated soil that was once too deep to be tested. Now, Jasper County has tested more than 1,000 yards and 443 in the tornado zone have high lead levels.

That means it's up to Joplin's lead inspector, Leslie Heitkamp to start her work.

"There are places in town where we start digging and dig up and find raw chunks of lead ore," said Heitkamp as she holds up a piece of the shiny-metallic material she pulled out of someone's front yard. "This causes lead poisoning."

Heitkamp's team excavates yards and takes the contaminated soil to a dump site. Then, they bring in new soil so the yards are safe. They've done a lot of work already, but much remains to be done.

"We still estimate on top of the 180 we've already done there's still possibly another 400-600 left to do," Heitkamp said.

"We were hearing from a lot of individuals whose homes were destroyed, 'We have enough insurance money to put a home back, but not a yard,'" said Dan Pekarek, director of the Joplin Health Department.

Luckily, the EPA stepped in with a $3.5 million grant for the projects. Heitkamp says the EPA will foot the bill for as long as it's needed if that grant runs out.

Heitkamp picks up some dirt on a work site on Virginia Avenue as her team uses the track hoe to fill up dump truck after dump truck of contaminated dirt.

"There may be one or two on this street that weren't contaminated," she said. "But every single house, all the ones with sod on them [were], just everything up and down this street and it's like that way 8 blocks in this direction and 9 blocks in that direction."

The Jasper County Health Department puts out a map of all the yards it's tested for lead levels and if the contaminated soil has been excavated. Every red dot signifies a yard with high lead levels. Looking at the area where the tornado ripped through the town, it's evident it ripped up a lot of contaminated dirt too.

You can find a link to that map by clicking here.